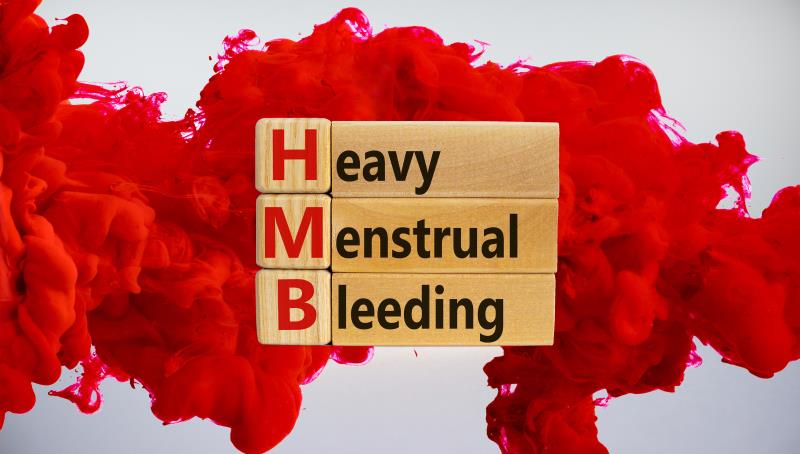 During the final month of the treatment period, nearly half (49.4 percent) of women on elagolix reduced their MBL volume to <80 mL and by ≥50 percent from baseline, while only 23.3 percent of those treated with placebo were able to achieve this outcome. A comparison of the two arms yielded a difference of 26.1 percent (p<0.05).

Of note, as early as the first month of the treatment period, a greater reduction in mean MBL volume was already evident in the elagolix group vs the placebo group (least squares mean change from baseline, -150.0 vs -49.5 mL; pnominal≤0.05).

“This study met its primary efficacy endpoint … Elagolix 150 mg QD reduced MBL volume to <80 mL and by ≥50 percent from baseline in a clinically meaningful and statistically larger proportion of patients compared with placebo at the final month during the 6-month treatment period,” said lead author Dr Robin Kroll from Seattle Women’s Health, Research & Gynecology in Seattle, Washington, US.

Headache and hot flushes occurred more frequently in the elagolix vs the placebo group (9.3 percent vs 0.0 percent and 9.3 percent vs 3.6 percent, respectively). However, these events were consistent with the previously established safety of elagolix 150 mg monotherapy, Kroll noted.

“Overall, [our findings suggest that] the safety profile is favourable for low-dose monotherapy with elagolix 150 mg QD, [and] no new safety concerns or trends were identified,” she added.

“Elagolix is an oral gonadotropin-releasing hormone antagonist approved in combination with hormonal add-back therapy (elagolix 300 mg BID + oestradiol/norethindrone acetate QD) for the treatment of HMB associated with uterine fibroids,” said Kroll. Women who have been treated with this combination have also been reported to experience less hypoestrogenism side effects. [BMC Women’s Health 2022;doi:10.1186/s12905-022-01596-2]

However, add-back therapy may be contraindicated in some women with HMB and uterine fibroids, Kroll pointed out.

“[As such, our findings highlight the potential of] elagolix 150 mg QD alone [as] an effective therapeutic option for patients with contraindications to [add-back therapy],” Kroll said.