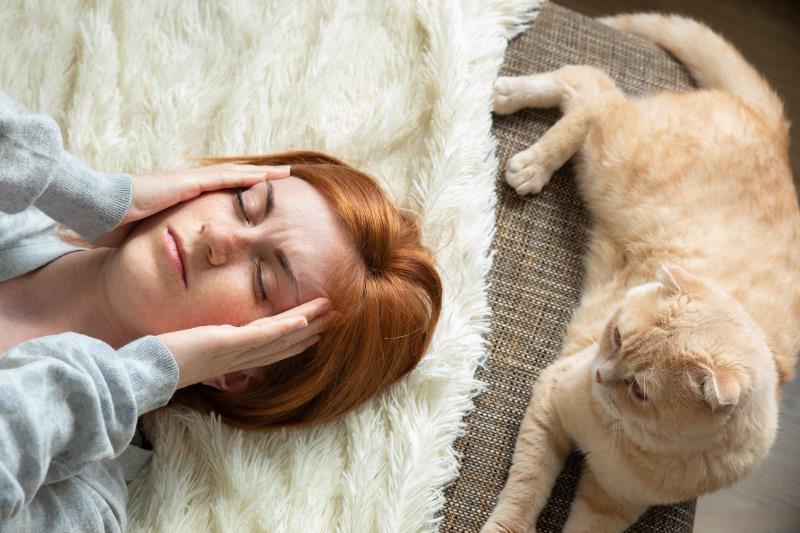 Long-term use of onabotulinumtoxinA led to reductions in monthly headache days (MHDs) in adults with chronic migraine (CM), according to post hoc analyses of the COMPEL* study presented at the AHS 2020 virtual scientific meeting.

At week(W) 108, 62 percent noted that their mean MHDs were halved, which was higher than the W24 percentage of 40 percent. Improvements were also observed among those reporting ≥25, ≥75, and 100-percent reduction in mean MHDs. “[These reflect the] consistent and progressive reductions in headache day responder rates [with onabotulinumtoxinA],” said the researchers. [AHS 2020, poster session]

This trend was also observed among those who completed all treatment cycles. The percentage of participants whose MHDs were halved increased from 47 percent at W24 to 62 percent at W108.

The fraction of W24 responders sustaining ≥25, ≥50, and ≥75-percent MHD reduction through W108 were 85, 76, and 61 percent, respectively. These data suggest that most achieved a sustained response throughout the study duration, noted the researchers.

Less than 5 percent of participants ceased treatment due to treatment-related adverse events, the most common being neck pain, followed by eyelid ptosis and musculoskeletal stiffness.

In another subanalysis, those who achieved treatment-controlled** CM (tcCM) following onabotulinumtoxinA use increased over time (from 56 percent at W24 to 74 percent by W108). [AHS 2020, poster session]

At W108, mean MHD was 5.8, which according to the researchers, was far below the <15 MHD criteria. The 7.8 MHD at W24 was already a far cry from the tcCM definition criteria, reflecting the efficacy of the study drug early on, they noted.

These data were mirrored among those with sustained*** tcCM (50 percent of participants with MHD data across all timepoints) by W108 (mean MHDs, 4.5; mean change in moderate/severe MHDs, –11.9; p<0.001; and percentage of participants with ≥50-percent reduction in MHDs, 89 percent).

“[These data show that] a high proportion of individuals achieved tcCM and/or sustained tcCM throughout the 2-year study. A reduction in MHDs to <15 is clinically meaningful, as supported by the high and increasing ≥50-percent responder rates and the large reductions in moderate/severe MHDs in these individuals,” said the researchers.