Omitting radiotherapy: An option after breast-conserving surgery in older patients? 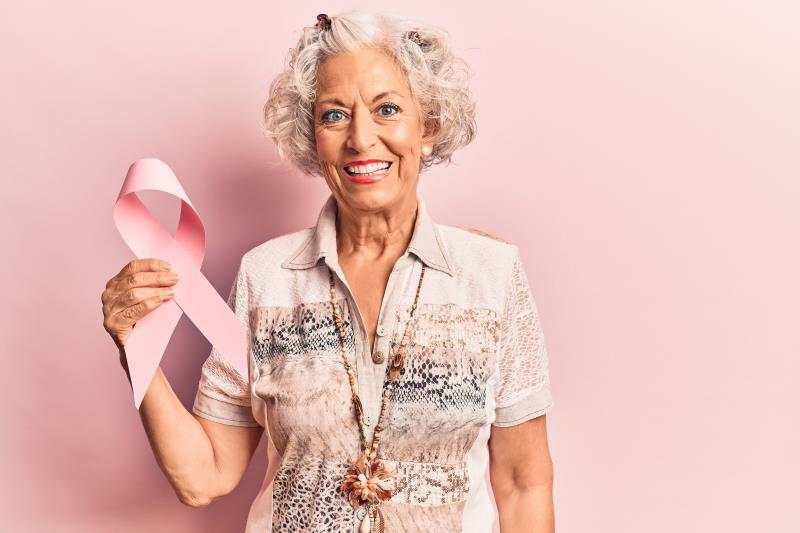 Omitting radiotherapy after breast-conserving surgery in older patients with hormone receptor (HR)-positive breast cancer who were also receiving appropriate systemic therapy did not impact overall survival (OS) at 10 years, even though the rate of local recurrence was higher than those who had radiotherapy, according to the PRIME* II study presented at SABCS 2020.

“Over half the patients diagnosed with breast cancer in developed countries are over the age of 65 years,” said lead author Professor Ian Kunkler of Western General Hospital, University of Edinburgh, UK. Despite the disease typically being less aggressive in this population, many patients continue to receive whole breast radiotherapy after surgery.

“[Therefore,] we were interested in determining whether older patients with low-risk breast cancer could be spared radiation therapy,” he said.

At 10 years, the rate of local recurrence, defined as ipsilateral breast tumour recurrence (IBTR), was significantly higher in patients who did not undergo radiotherapy than those who did (9.8 percent vs 0.9 percent; hazard ratio [HR], 0.12; p<0.0001).

Regional recurrence also occurred in more patients without radiotherapy compared with the radiotherapy group at 10 years (2.3 percent vs 0.5 percent; p=0.014).

Despite the higher rates of loco-regional recurrence, the 10-year OS rates were similar between the two groups of patients (80.4 percent vs 81.0 percent; p=0.68) — with majority of deaths (80/88 in no radiotherapy group vs 76/79 in radiotherapy group; p=0.17) not due to breast cancer recurrence.

“These data suggest that postoperative radiotherapy in this patient group who are receiving adjuvant hormonal therapy does not impact on OS in the context of modern approaches to local and systemic adjuvant therapy, with most patients in both arms dying of causes unrelated to breast cancer or its treatment,” noted Kunkler.

The rates of breast-specific survival were similar in both groups, at 98.2 percent and 97.8 percent (p=0.91) in patients who did not and who did receive radiotherapy, respectively. Breast cancer-free survival was seen in 12.7 percent and 6.6 percent of patients, respectively.

Also, patients who did not undergo radiotherapy saw similar rates of recurrence in the opposite breast (1.0 percent vs. 2.2 percent; p=0.20) and distant metastases (1.4 percent vs 3.6 percent; p=0.07) as those who had radiotherapy.

“We found that omitting postoperative radiation therapy did not compromise survival or increase the risk of distant metastasis,” Kunkler concluded.

“Based on these results, we believe that omission of radiation therapy after breast-conserving surgery should be an option for older patients with localized, HR-positive breast cancer who are receiving adjuvant hormone therapy and meet certain clinico-pathological criteria,” he stated.