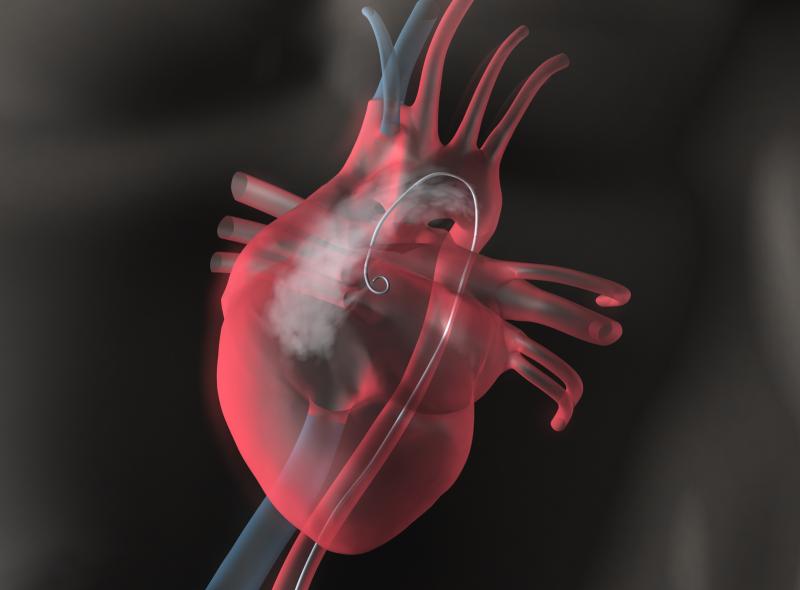 “Omitting CPB for an LVAD implant in patients on ECLS is safe and results in shorter operating time, less re-exploration for bleeding, and fewer blood products. However, no survival benefit is observed,” the researchers said.

The present retrospective analysis included ECLS patients who had undergone LVAD implantation with or without CBP conversion between January 2010 and August 2018. After propensity score matching, the final study cohort consisted of 350 patients, 175 of whom were transitioned to CBP during implantation while the other 175 remained on ECLS.

Eighty-one hospital deaths occurred during the study, including 47 and 36 in the CBP and ECLS groups, respectively. The resulting mortality rates were not statistically significant (27 percent vs 20 percent; p=0.2). [Interact Cardiovasc Thorac Surg 2021;doi:10.1093/icvts/ivab311]

Long-term follow-up data was available for all survivors, with an overall survival estimate of 68 percent at 1 year and 32 percent at 5 years. Notably, 1-year survival remained statistically comparable between the ECLS and CBP groups (72 percent vs 65 percent, respectively; p=0.096). Kaplan-Meier analysis likewise showed that survival at 4.5 years was similar between arms (p=0.2).

“For several years, the standard extracorporeal circulation strategy of implanting an LVAD has involved CPB and a full sternotomy approach,” the researchers said.

“However, less invasive techniques, even off-pump, are now becoming increasingly popular because they appear to be associated with reduction of surgical trauma, blood loss, and hospital stay,” making them more suitable for critically ill patients,” they added.

“In this regard, the surgical strategy without conversion to CPB, in selected cases, is safe and associated with significantly better results in terms of perioperative bleeding; however, this benefit does not have a major benefit for major clinical outcomes,” the researchers said.

Future randomized trials are needed to confirm these findings.