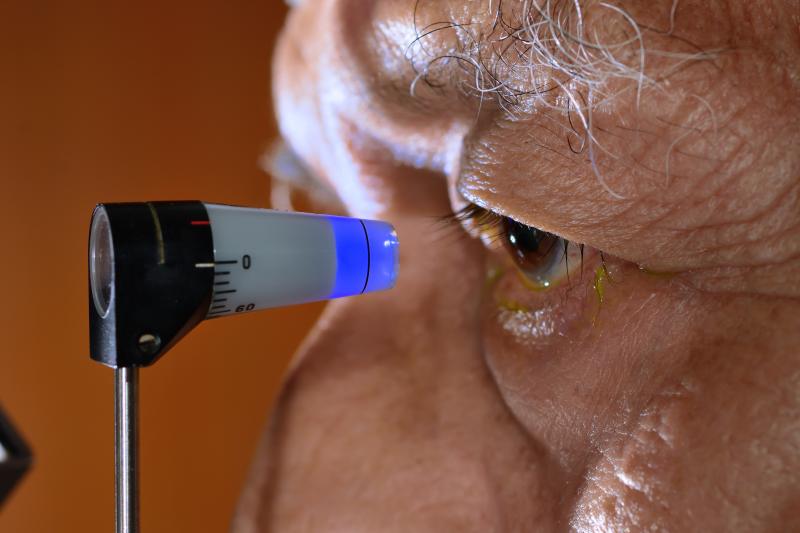 Omidenepag isopropyl (OMDI) ophthalmic solution provides an intraocular pressure (IOP)-lowering benefit that is noninferior to that obtained with latanoprost eye drops in the treatment of patients with ocular hypertension (OHT) or primary open-angle glaucoma (POAG), according to the results of a phase III study in Japan.

“OMDI had an acceptable safety and tolerability profile as no serious treatment-related adverse events (TEAEs) were reported, and there were no discontinuations related to the treatment,” the investigators said.

“The maximal IOP-lowering effect was achieved within 1 week of treatment initiation, which was similar to the previous dose-finding studies, and remained stable over the 4-week study period in both treatment groups,” the investigators pointed out. [J Glaucoma 2019;28:375-385]

“[Furthermore], responder rates after 4 weeks of treatment were similar in both [treatment arms], with most patients achieving a reduction in mean diurnal IOP from baseline of at least 20 percent… A 20-percent reduction in IOP, or a target of <21 mm Hg, is recommended for patients with early glaucoma, and these results suggest that treatment with OMDI may be useful in this patient population,” they said.

The most common TEAEs observed on OMDI vs latanoprost were conjunctival hyperaemia (24.5 percent vs 10.4 percent), corneal thickening (11.7 percent vs 1.0 percent), and punctate keratitis (0 percent vs 5.2 percent). None of the patients overall developed serious AEs.

“The safety and tolerability findings in the present study are in line with the results of other previous studies of OMDI in US and Japanese patients with glaucoma and OHT,” the investigators noted. [J Glaucoma 2019;28:375-385]

They explained that the differences in local AE profiles and incidence rates between the two eye drops could be attributed to the different mechanisms of action of the active compounds.

“Further phase III studies with longer duration are ongoing in Asia (outside of Japan) and the US,” they added.