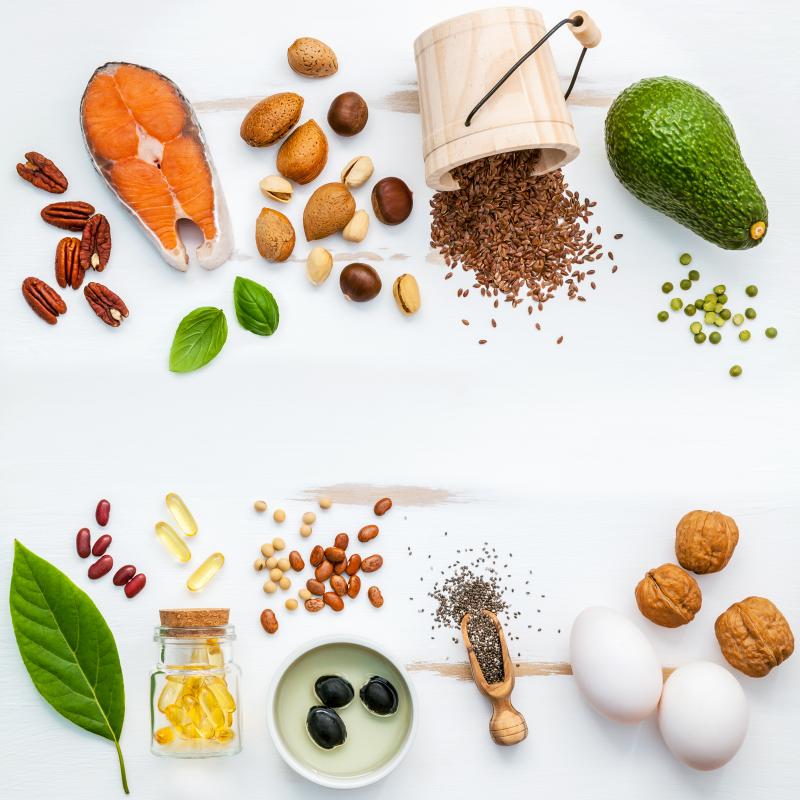 Elevated levels of eicosapentaenoic acid (EPA) and alpha-linolenic acid (ALA) in serum phosphatidylcholine (PC) at the time of ST-segment elevation myocardial infarction (STEMI) are associated with a lower risk of clinical adverse events during a long-term follow-up, according to a study, suggesting that consumption of foods rich in EPA and ALA may improve STEMI prognosis.

“Our results support the notion that, for cardiac patients or patients with cardiovascular (CV) risk factors, consuming sources of marine and vegetable omega-3 fatty acids might serve as an integrative strategy for improving the quality of life and life expectancy in the event they experience an MI,” the researchers said.

A total of 944 consecutive patients with STEMI (mean age, 61 years; 209 women) undergoing primary percutaneous coronary intervention (PPCI) were prospectively included in this study, which assessed whether serum-PC EPA (proxy for omega-2 consumption) levels at the time of STEMI correlated with a lower incidence of major adverse cardiovascular events (MACE), all-cause mortality, and readmission for CV causes at 3 years’ follow-up, as well as the association of ALA (proxy for vegetable omega-3 intake) with all-cause mortality and MACE.

“Our results on EPA were consistent with a previous study on the topic, conducted in Japanese patients with MI who underwent PPCI,” the researchers said. “That study showed that the proportion of EPA in total serum fatty acids at hospital admission was inversely associated with the long-term incidence of MACE.” [Heart Vessels 2011;26:145-152]

Another study involving Japanese patients who underwent an elective PPCI due to angina pectoris showed similar results, but it did not reach statistical significance (p=0.079). [Circ J 2012;76:423-429]

“In addition to fish-derived EPA, we also uncovered a beneficial effect of ALA, an inexpensive omega-3 fatty acid that is readily available in plant sources, mainly flaxseed, walnuts, soy products, and canola oil,” the researchers said. “In contrast to its longer-chain marine omega-3 counterpart, no observational studies have related ALA to the prognosis of STEMI survivors.”

Moreover, a meta-analysis of 19 cohort studies showed that ALA in plasma phospholipids inversely correlated with fatal coronary artery disease (CAD; relative risk, 0.85, 95 percent CI, 0.74–0.97). However, most cohorts were from the US, which has a low fish consumption, so the issue of whether ALA was cardioprotective in places with high fish intake remains unclear. [JAMA Intern Med 2016;176:1155-1166; BMJ 2014;348:g2272]

“These results might also explain, in part, the paradoxical observation that countries with customarily high seafood intake, such as Japan and Spain, have lower CAD mortality rates, despite a high prevalence of CV risk factors,” the researchers said.