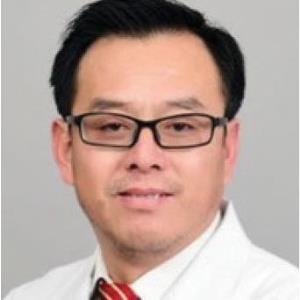 Inflammation in OA
OA is now recognized as a complex disease with heterogeneous aetiology and pathogenesis beyond degeneration. “OA can be classified into six types according to pathogenesis, including the inflammation-based and metabolic-based types,” explained Ding. “[For example,] obesity is an OA risk factor that induces chronic systemic low-grade inflammation.” [Lancet 2019;393:1745-1759; Ann Transl Med 2020;8:1068; Curr Rheumatol Rep 2016;18:57]

According to Osteoarthritis Research Society International (OARSI) guidelines, Level 1A recommendation for most patients with knee OA is treatment with topical NSAIDs, which are inhibitors of the cyclooxygenase (COX) enzyme in the prostaglandin synthesis pathway. [Osteoarthritis Cartilage 2019;27:1578-1589; Front Cardiovasc Med 2018;5:146]

“However, topical NSAIDs only exert their effects at inflamed local sites. Systemic NSAIDs and corticosteroids should be used only for a limited duration due to their risks of adverse events,” Ding pointed out. [Ann Rheum Dis 2017;76:948-959]

In the prostaglandin synthesis pathway, COX catalyzes arachidonic acid (AA) into proinflammatory mediators, which induce inflammatory responses. The inflammatory activities can be suppressed by eicosapentaenoic acid (EPA), an omega-3 FA that competes with AA for COX. [Front Cardiovasc Med 2018;5:146]

“Both EPA and docosahexaenoic acid [DHA] help promote the biosynthesis of anti-inflammatory mediators,” Ding explained. “Omega-3 FA is considered as a preventive therapy, and an alternative to NSAIDs for resolving long-term inflammation. However, it is essential to investigate the safety of long-term use of omega-3 FA.” [Front Cardiovasc Med 2018;5:146] In addition to symptom control, omega-3 FA supplementation is associated with other clinical benefits, including reduction in NSAID use. In an RCT in 81 OA patients with regular use of NSAIDs, 3 months of omega-3 FA–based supplementation led to a significantly reduced defined daily doses of NSAIDs used per day vs placebo (p=0.02). “The mean dose difference between the two groups was equivalent to diclofenac 67 mg/day or celecoxib 134 mg/day,” Ding noted. [Arthritis Res Ther 2009;11:R192]

A network meta-analysis of 79 clinical trials further confirmed vitamin D as one of the effective treatment options for improving pain and function over the long term (>6 months) among patients with knee OA. However, no significant long-term improvement was found with NSAIDs, including celecoxib and etoricoxib. [Drugs 2020;80:1947-1959] “Vitamin D could have some [long-term] effects on OA,” Ding suggested.

Summary
Systemic inflammation may play a key role in the aetiology and pathogenesis of OA. Dietary supplementation, such as with omega-3 FA and vitamin D, may help control inflammation and relieve OA-related symptoms in patients.