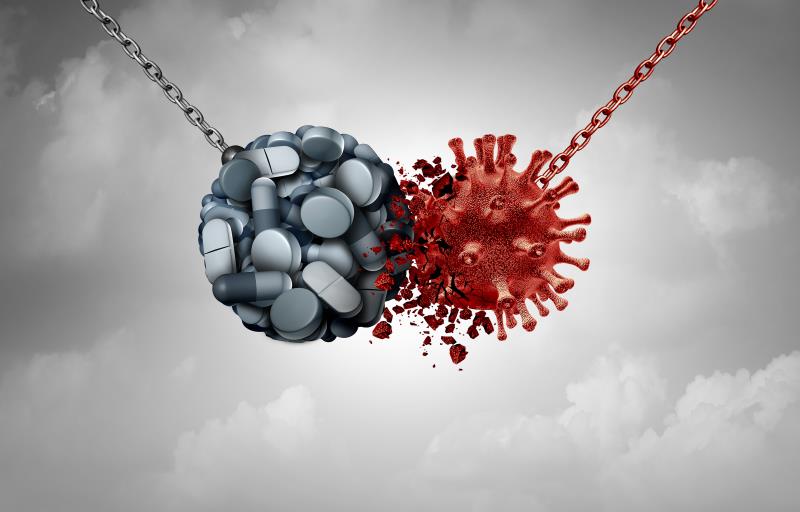 Patients hospitalized for coronavirus disease 2019 (COVID-19) may benefit from the addition of the traditionally used anti-inflammatory drug colchicine to standard therapy, the GRECCO-19* trial has shown, underscoring the potential role of an old drug in the current outbreak.

The primary clinical endpoint was met, as shown by the significantly lower clinical deterioration rate with colchicine vs standard therapy/control (n=1 vs 7; odds ratio, 0.11; p=0.02). The control arm rate was primarily driven by the need for mechanical ventilation. [JAMA Netw Open 2020;3:e2013136]

“[Despite] the narrow margin of clinical significance … clinical deterioration … is highly relevant because it essentially translates to a change in clinical condition requiring invasive or noninvasive mechanical respiratory support or death,” the researchers pointed out.

However, the coprimary biochemical endpoints were not met, as seen in the nonsignificant difference between colchicine and control in terms of cardiac (median peak hs-cTn** concentration, 0.008 vs 0.0112 ng/mL; p=0.34) and inflammatory biomarkers (median maximum CRP*** level, 3.1 vs 4.5 mg/dL; p=0.73).

Although evidence shows that hs-cTn is a marker of adverse outcomes, [JAMA Cardiol 2020;doi:10.1001/jamacardio.2020.0950] the findings appear to suggest that myocardial injury is not a major determinant of the clinical course of COVID-19, they explained. The CRP levels, on the other hand, may have been influenced by the enrolment period (occurring after a median hospitalization of 3.5 days) and concurrent use of other anti-inflammatories.

Nonetheless, the cardiac biomarker finding should not preclude the cardioprotective potential of colchicine in this setting, they stressed. “[This] should be interpreted with caution [and] remains to be explored in other studies.”

Diarrhoea was the most frequent adverse event with colchicine vs control (46 percent vs 18 percent). Nonetheless, cases were mostly self-limiting, and only two led to drug discontinuation.

A total of 105 patients (median age 64 years, 58 percent male) were randomized 1:1 to receive standard treatment (as per local protocol) alone or in combination with colchicine#. A majority received chloroquine or hydroxychloroquine (98 percent) and azithromycin (92 percent).

Colchicine’s anti-inflammatory effect may be largely attributed to the inhibition of the NLRP3 inflammasome. [Semin Arthritis Rheum 2015;45:341-350] “[NLRP3 inflammasome activation is reportedly] involved in the pathophysiologic cascade of acute lung injury and/or ARDS##,” they said.

However, as the study did not explore other laboratory parameters, the effects of colchicine on other inflammatory pathways have not been elucidated, they pointed out. 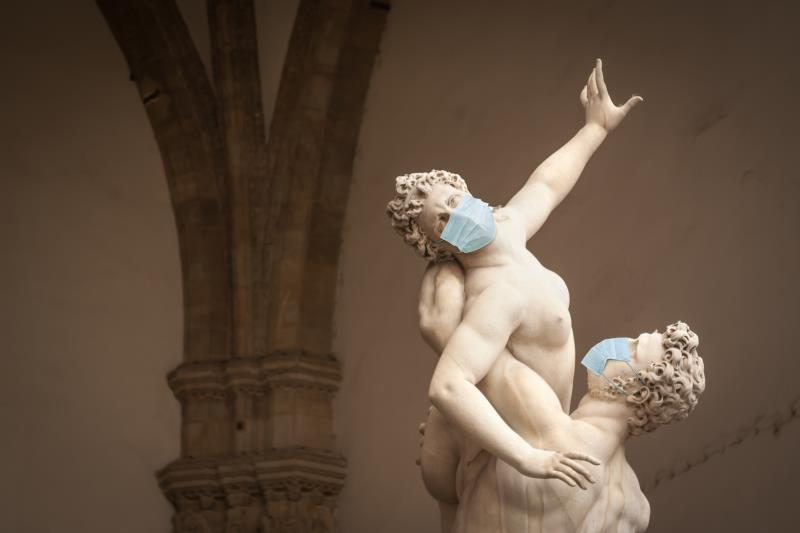 An old drug in the new norm?

The findings underline the potential of colchicine in the current COVID-19 treatment landscape, commented Drs Amir Rabbani, Rushi Parikh, and Asim Rafique from the Division of Cardiology at the University of California, Los Angeles in the US.

Despite the dose adjustments needed for certain comorbidities and concomitant drugs, colchicine is well-established, orally administered, safe, cost-effective, and widely available, they said. These translate to easy access to a low-cost drug even in resource-poor areas, making colchicine an attractive therapeutic alternative in this setting, they noted.

“[Moreover, the D-dimer effect] is an important and novel finding [as] it suggests that colchicine’s mechanism of action … may be antithrombotic [and] anti-inflammatory,” they added.

“[Taken together, the findings add] to our growing scientific understanding of COVID-19 and [show] us that an old drug may still have new life,” they said.

Larger, longer trials are warranted to ascertain the cardioprotective benefit of colchicine – and the mechanisms by which this effect is delivered – in this setting, particularly in patients with myocardial injury. “[O]ther processes, including thrombosis, may also be important determinants of outcomes,” they said. Cotreatment with other agents should also be explored in the future given the high cotreatment rates in the study.