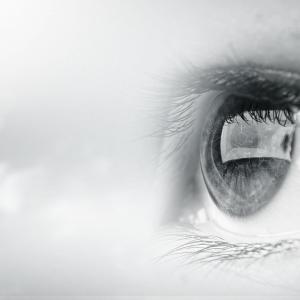 Olaparib has demonstrated survival benefits in BRCA1/2-positive metastatic castration-resistant prostate cancer (mCRPC) and BRCA1/2-positive ovarian cancer (OC), according to results of the PROfound trial and 5-year results of the SOLO1 trial presented at the European Society for Medical Oncology Virtual Congress 2020 (ESMO 2020).

“The OS benefit was observed despite having 67 percent of crossover from the control arm to the olaparib arm,” said investigator Dr Joaquin Mateo of Vall d’Hebron Institute of Oncology, Barcelona, Spain. “The benefit became more prominent after adjusting for the impact of crossover [HR, 0.42; 95 percent CI, 0.19 to 0.91]. This suggests that the actual treatment effect of olaparib is likely to be greater than what has been observed in the PROfound study.”

“In an exploratory gene-level analysis, patients with tumours harbouring BRCA1/2 mutations appeared to derive the greatest OS benefit from olaparib, but the OS improvement was not significant in those with ATM mutations,” said Mateo.

The safety profile of olaparib was consistent with the primary analysis. Grade ≥3 adverse events (AEs) were reported by 52 percent of patients in the olaparib arm and 40 percent in the control arm. Treatment discontinue due to AEs was required in 20 percent and 8 percent of patients, respectively.

The SOLO1 study included 391 patients with newly-diagnosed BRCA1/2-positive OC who were in complete or partial response to platinum-based chemotherapy. The patients were randomized to receive olaparib 300 mg BID or placebo for up to 2 years.

“Notably, median recurrence-free survival was not reached with olaparib vs 15.3 months with placebo in patients who achieved complete response to chemotherapy [HR, 0.37; 95 percent CI, 0.27 to 0.52],” she added. “This means that more than half of the patients in complete response at baseline who received maintenance olaparib for 2 years remained relapse-free at 5 years.”

No new safety signals were observed with olaparib at long-term follow-up. No additional cases of myelodysplastic syndrome or acute myeloid leukaemia were reported.

“The 5-year results of SOLO1 suggest the possibility of long-term remission or even cure in patients with BRCA1/2-positive OC,” concluded Banerjee. 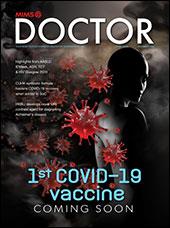