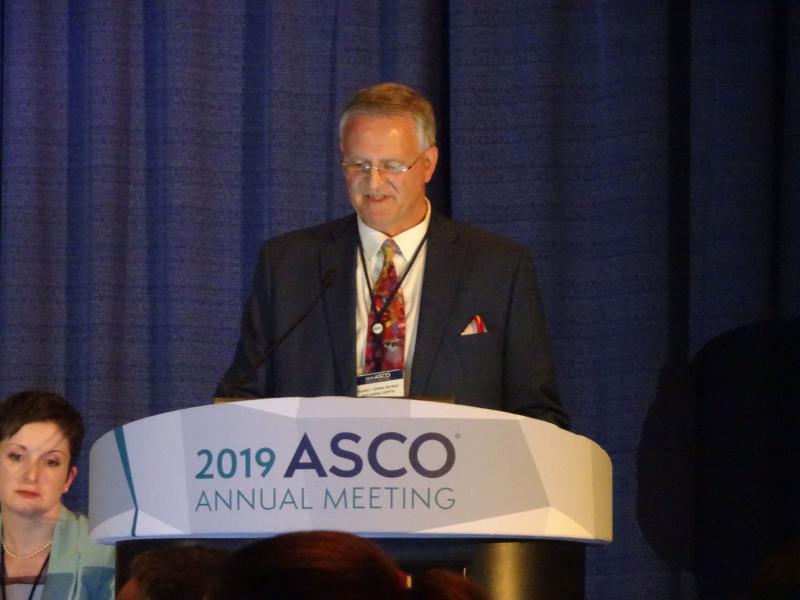 “The biggest message is to take the PARP** inhibitors up front and we hope to cure people. The earlier the treatment, the better,” study author Dr Richard Penson from the Massachusetts General Hospital Cancer Center in Boston, Massachusetts, US, told The ASCO Post.

At present, data on overall survival is immature. There was little difference in terms of health-related quality of life between olaparib and chemotherapy recipients.

“We know that ovarian cancer that’s associated with a mutation in BRCA does respond quite favourably to the PARP inhibitors … these agents are approved in multiple settings in ovarian cancer specifically in patients undergoing treatment in the first line,” said discussant Dr Don Dizon from the Lifespan Cancer Institute, Rhode Island, US, to The ASCO Post.

The question now is whether chemotherapy is necessary to treat recurrence “and the answer is probably not”, said Dizon.

Penson pointed out that while the SOLO3 findings demonstrate a “therapeutic advantage [of olaparib] over palliative single agent chemotherapy, it does not address the question of what is wrong with platinum in the third-line [setting]”.