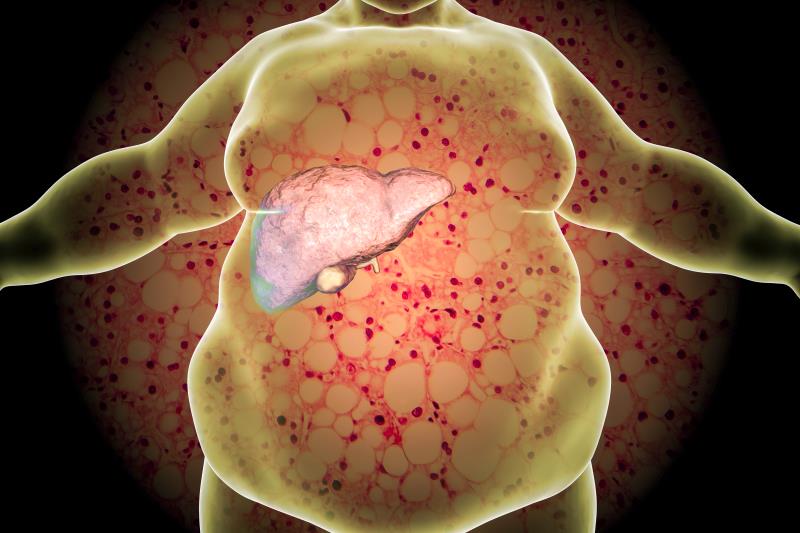 Obeticholic acid significantly improves fibrosis and disease activity in patients with nonalcoholic steatohepatitis (NASH), a chronic liver disease currently with no approved therapy, according to an interim analysis of the landmark REGENERATE* study.

“NASH is definitely a modern lifestyle disease and on its way to becoming the leading cause of liver transplantation in the US as early as 2020,” said senior author Professor Arun Sanyal from Virginia Commonwealth University’s School of Medicine in Richmond, Virginia, US.

So far, there is no drug approved for NASH, but obeticholic acid is set to change the treatment landscape for NASH with its new drug application recently accepted by the US FDA and is currently under priority review.

“The treatment tested can reverse the course of NASH,” Sanyal highlighted. “We hope that this landmark study will lead to the first approved drug therapy for NASH.”

Towards a first approval?

Significantly more patients treated with obeticholic acid had improved fibrosis by at least one stage without worsening of NASH at 18 months (23 percent; p=0.0002 and 18 percent; p=0.045 vs 12 percent for obeticholic acid 25 mg and 10 mg vs placebo, respectively). This primary endpoint, according to the researchers, was consistent with FDA’s guidance on efficacy endpoints for NASH trials as it is “considered to be reasonably likely to predict clinical benefit.”

“To slow or reverse the progression of fibrosis is the ultimate goal of NASH treatment, as fibrosis is the most reliable predictor of liver-related mortality and, once patients progress to cirrhosis, preventing complications of cirrhosis can become even more difficult,” they stated.

The coprimary endpoint of NASH resolution without worsening fibrosis occurred in more patients in both the obeticholic acid groups compared with the placebo group (12 percent; p=0.13 and 11 percent; p=0.18 vs 8 percent, respectively), but the difference did not meet statistical significance.

Also, NASH resolution was significantly more common with obeticholic acid 25 mg than with placebo (23 percent vs 12 percent; p=0.0004), when it was based on pathologic diagnostic assessment of the overall pattern of liver injury in a post hoc analysis — defined as absence of definite steatohepatitis that was previously present at baseline without worsening fibrosis at 18 months.

“This finding has clinical relevance given that this definition is commonly used to diagnose NASH in clinical practice … as opposed to the more rigid categorical scoring system of the prespecified methodology [used in the coprimary NASH resolution endpoint above],” explained the researchers.

“Liver-related outcomes in patients with NASH principally occur after the development of cirrhosis; halting progression to cirrhosis is therefore a key treatment goal,” they continued.

There were also clinically meaningful, dose-dependent reductions in liver injury markers, ALT (33 percent and 26 percent vs 6 percent) and AST*** (24 percent and 19 percent vs 4 percent for obeticholic acid 25 mg and 10 mg vs placebo, respectively). “The continuing improvement in liver enzyme markers of fibrosis … suggest the potential for further increase in antifibrotic response,” the researchers noted.

“Obeticholic acid was generally well tolerated. Most adverse events were mild to moderate in severity and were generally consistent with the known safety profile of obeticholic acid,” said Sanyal and co-authors.

In keeping with previous studies, pruritus was the most common adverse events reported (51 percent and 28 percent vs 19 percent).

“[Additionally,] early increases in LDL cholesterol were observed with obeticholic acid treatment; however, levels approached baseline by month 18,” observed the researchers. Such increases were manageable by routine measures in clinical practice, they added.

“The effect of obeticholic acid on the lipid profile is of particular relevance because patients with NAFLD exhibit a substantial increase in the risk of cardiovascular disease, the main cause of death in this population,” wrote the editorialists led by Dr Mohammed Eslam from the University of Sydney, Westmead, Australia in a linked commentary. “Therefore, LDL cholesterol would need to be monitored and managed as required.” [Lancet 2019;394:2131-2133]

The future, and the real world

Sanyal and team will continue to follow the patients over the long term to understand if the histological changes in fibrosis observed do translate into improved clinical outcomes, in terms of liver-related events and all-cause mortality.

“If approved, in the long term, safety and efficacy must be assessed in real-world populations, especially with regard to tolerability and cardiovascular risk,” urged Eslam and co-authors.

As this is a silent disease, many patients were not diagnosed even when they have progressed to cirrhosis, according to Sanyal. Thus, development of simple diagnostic tools for clinic use will also be important, in addition to the critical need for an approved therapy.