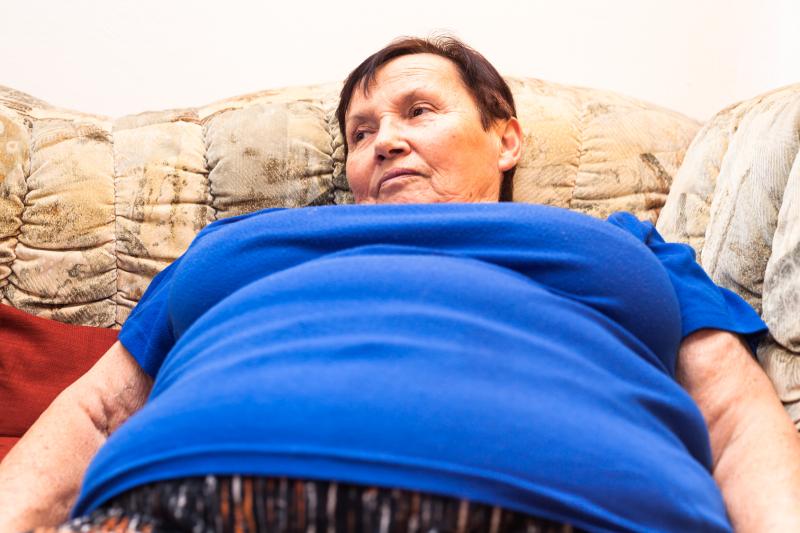 Obesity, although metabolically healthy, accelerates ageing by way of greater declines in physical function and worsening of bodily pain, according to the Whitehall II cohort data. The condition is also an important risk to maintaining independence in older age.

In a cohort of 6,635 men and women followed over a mean period of 18.8 years, changes in physical function and bodily pain were about two- and sixfold greater, respectively, among initially healthy obese individuals than among initially healthy normal-weight adults. The recorded decline in physical function per 10 years was −7.16 vs −3.48, whereas worsening in bodily pain per 10 years was −2.72 vs −0.49. [Int J Obesity 2017;41:866–872]

Metabolic health was assessed by five risk factors (hypertension, low high-density lipoprotein cholesterol, high triacylglycerol, high blood glucose and insulin resistance), and adults presenting 0 or 1 of the said risk factors were considered healthy. The Short Form Health Survey was used, on the other hand, to evaluate decline in physical function and worsening of bodily pain.

“Obesity is considered a serious threat to public health. Health risks of obesity are largely mediated through disruptions to metabolism, which emerge in response to excess fat and which may subsequently lead to type 2 diabetes, cardiovascular diseases and premature mortality,” the investigators said.

“As many as one in three obese adults at any given time, however, present without metabolic dysfunction in the form of metabolic risk factor clustering and are considered ‘healthy’. This healthy subset was initially assumed to be protected from the adverse health consequences typical of obesity, but have since demonstrated strong tendencies to become insulin resistant, to progress to unhealthy obesity, and to develop type 2 diabetes and cardiovascular disease all at greater rates than normal-weight adults who are similarly healthy,” they continued. [Am Coll Cardiol 2015; 66: 871–873; Obes Rev 2014; 15: 504–515; Int J Cardiol 2013; 168: 4761–4768]

Despite the presence of several limitations including missing data on mobility and disability outcomes for some individuals, findings of the present study suggest that obesity, even if metabolically healthy, may accelerate age-related declines in functional ability and pose a threat to independence in older age.

“Weight loss is therefore still advisable for healthy obese adults for the purpose of preserving the quality of later life,” the investigators concluded.