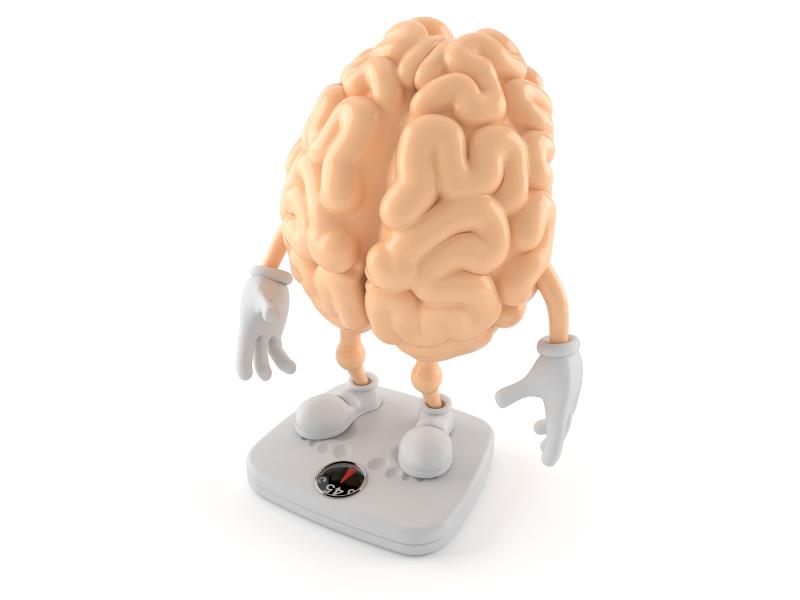 In the study, researchers analyzed data from the population-based prospective cohort Northern Manhattan MRI substudy, using multivariable linear and logistic regression models adjusted for sociodemographics, health behaviours, and vascular risk factors and tested interactions with age, sex, and race/ethnicity. [Neurology 2009;73:1774-1779] The study participants’ average age at baseline was 64 years; 60 percent of participants were female and 66 percent were Caribbean Hispanic. Their BMI and waist circumference (WC) were measured at the beginning of the study, while MRI brain scans were conducted at an average of 6 years after enrolment in the study. [Neurology 2019, doi: 10.1212/WNL.0000000000007966]

Having a thinner cerebral cortex has been tied to an increased risk of Alzheimer’s disease. [Neurobiol Aging 2018;61:238-244] “In normal ageing adults, the overall thinning rate of the cortical mantle is between 0.01 mm and 0.10 mm per decade. Our results would indicate that being overweight or obese may accelerate ageing in the brain by at least a decade,” wrote the researchers.