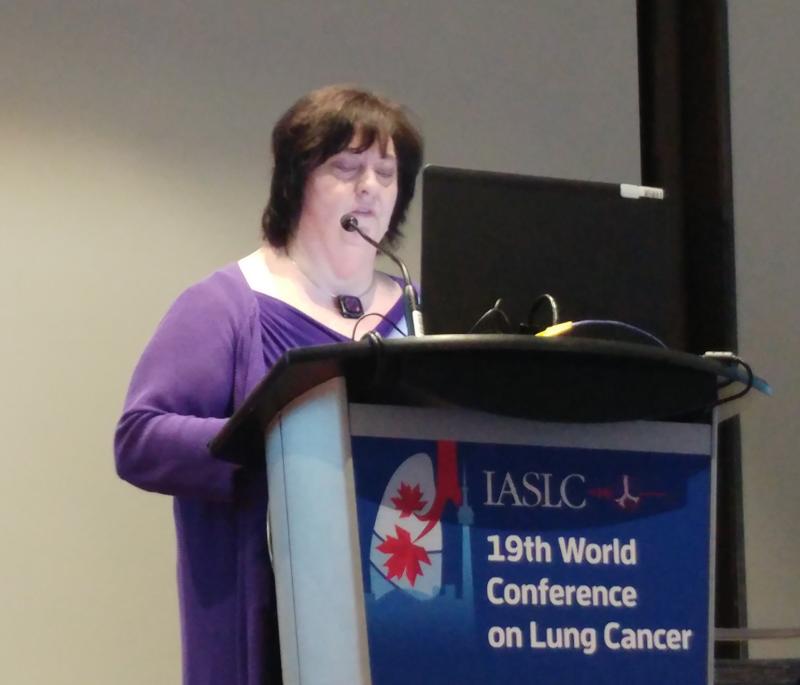 Female patients with non-small-cell lung cancer (NSCLC) have markedly better survival than male NSCLC patients, according to the SWOG S0424 study presented at the International Association for the Study of Lung Cancer’s 19th World Conference on Lung Cancer (WCLC 2018).

“Importantly, the better survival in female NSCLC patients could not be explained by treatment differences or any other analysis or model,” highlighted lead investigator Dr Kathy Albain of Loyola University Chicago Stritch School of Medicine, Chicago, Illinois, US. “Our study results suggest that future randomized controlled trials on NSCLC should stratify patients by sex.”

“Despite adjustments for every factor that might influence survival in NSCLC, female NSCLC patients in our study lived longer than their male counterparts. This could not be explained by any analysis or model,” concluded Albain.

“The study is large and well-executed. The results corroborate previous findings, including the different frequency of common mutations between Asians and Caucasians,” said invited discussant Dr Valerie Rusch of the Department of Surgery, Memorial Sloan-Kettering Cancer Center, New York, US. “The study also demonstrated the persistent OS difference in female vs male NSCLC patients. Sex should always be stratified when designing future trials for resectable NSCLC.”

“Further investigations should be conducted to understand sex hormone influences and the underlying biological mechanisms that may explain the survival differences among males and females,” she added.