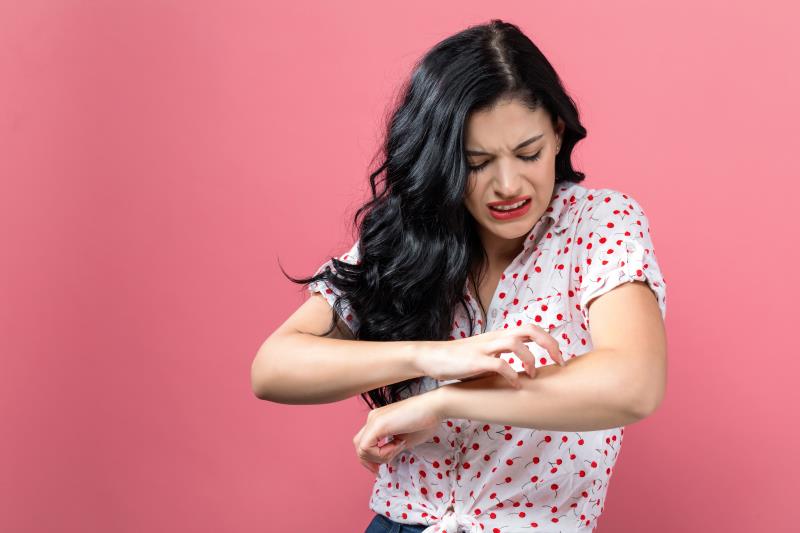 “Traditionally, we have been treating AD with intermittent topical corticosteroids, but this has left a significant percentage of patients without long-term disease control,” said lead author Dr Lawrence Eichenfield, professor of dermatology and paediatrics, University of California and Rady Children’s Hospital, both in San Diego, California, US.

Having AD that does not respond to treatment is especially difficult for teenagers. In the JADE TEEN study, both doses of abrocitinib met the co-primary endpoints and were generally well tolerated.

“Now we know that abrocitinib is safe and effective in this patient group. We now have something new to offer these kids,” Eichenfield told an audience of dermatologists at this year’s AAAAI meeting. [AAAAI 2021, abstract 467]

Efficacy in the 12-17 age bracket demonstrated

Abrocitinib has been studied in the core phase III trials JADE Mono 1 and 2 as a monotherapy. The current study is a spin-off of those studies that looked at abrocitinib in adults.

The primary endpoints were an Investigator’s Global Assessment (IGA) response of clear or almost clear (scores of 0 and 1, respectively), with at least a 2-point improvement, and a 75 percent or greater improvement in Eczema Area and Severity Index score (EASI-75) at week 12.  The Peak Pruritus Numerical Rating Scale (PP-NRS) responses — indicating itch — were also assessed as a secondary endpoint.

“The percentage of patients achieving essentially no itch, as captured in the fact that more than half of those on the higher dose of abrocitinib made it to no itch, is a new data point and is important to note,” Eichenfield reported at AAAAI 2021.

This is welcome news, as “a lot of the other medicines don’t really get a significant percentage of the population to an itch score of 0–1,” he added. “Abrocitinib brought about a rapid and profound itch relief.”

JADE TEEN extends the utility of abrocitinib in this younger population, demonstrating that the drug is as effective and safe in patients aged 12-17 years of age.

“We’re very excited about the introduction of oral JAKs to our AD armamentarium,” said Eichenfield. These  findings, combined with previous studies, showed that “abrocitinib monotherapy or in combination with topical therapy appears effective and well-tolerated in adolescents with moderate-to-severe AD.”

AD ranges in severity, and there is a great deal of moderate-to-severe AD that has a tremendous negative impact on patients. “Jakinibs not only inhibit the stimulation of the JAK pathway, they also provide anti-inflammatory effects, offering curative potential in more severe disease,” he added.