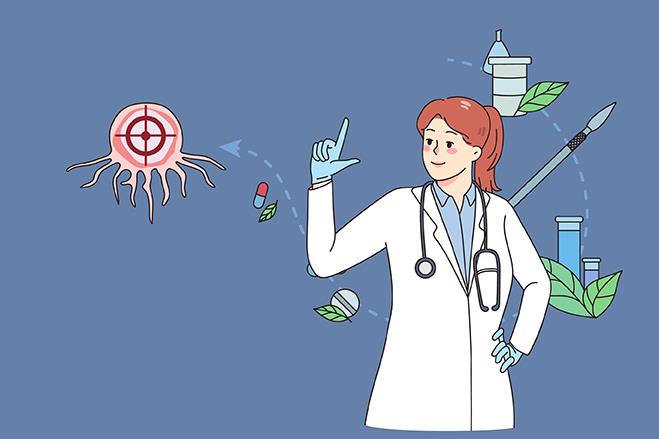 “AFM13 is a bispecific antibody with affinity for CD30 on lymphoma cells and CD16A on NK cells,” said lead investigator Professor Yago Nieto of the Department of Stem Cell Transplantation and Cellular Therapy, University of Taxes MD Anderson Cancer Center, Huston, Texas, US. “Combining AFM13 with preactivated and expanded NK cells is hypothesized to increase their cytotoxic capacity.”

“Patients in the study were heavily pretreated with a median of seven prior lines of therapies, such as brentuximab vedotin [100 percent], anti–programmed cell death-ligand 1 therapy [anti–PD-L1; 95.4 percent], stem cell transplantation [63.3 percent], and chimeric antigen receptor T-cell therapy [CAR-T; 9.1 percent],” Nieto pointed out. “They all had very advanced disease at the time of enrollment, with a median of six prior relapses.”

“We saw very encouraging activity in these heavily pretreated patients … and the donor NK cells persisted in the recipients for up to 3 weeks,” said Nieto.

The highest dose level of 100 million cells/kg was found to be the RP2D. “Notably, all 13 patients treated at the RP2D responded [ORR, 100 percent], including eight CRs [61.5 percent] and five PRs [38.5 percent] after two cycles of treatment. Five of those patients were in CR after cycle 1, and three additional patients converted from PR to CR after cycle 2 ... showing a deepening of responses between cycles 1 and 2,” Nieto pointed out. “The EFS and OS rates among patients who received RP2D were 67 percent and 93 percent, respectively.”

“We saw myelotoxicity, which was expected from the lymphodepleting chemotherapy [neutropenia, 84 percent; thrombocytopenia, 21 percent], but we did not see any clinical cases of neutropenic fever or bleeding. No dose-limiting toxicities were encountered throughout the study,” said Nieto.

As a next step, the researchers are looking at optimizing the therapy by shortening the interval between cycles, increasing the number of cycles, and combining the therapy with targeted agents known to enhanced NK cell function.