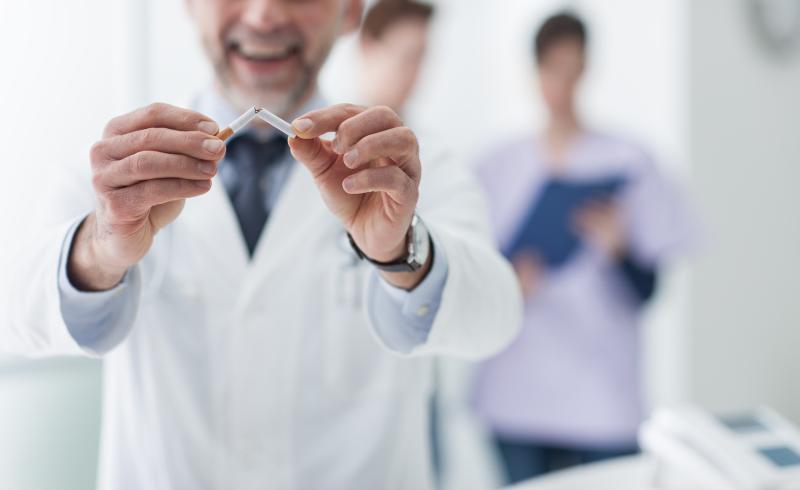 In the management of chronic obstructive pulmonary disease (COPD), fewer men than women utilize guideline-recommended, non-pharmacological interventions, such as smoking cessation and physical activity programmes, according to a study. Moreover, active smoking is a risk factor for low uptake.

Researchers looked at 1,410 patients (mean age, 64.5 years; 59 percent male) with COPD to evaluate the use and recommendation of interventions—smoking cessation, influenza vaccination, physiotherapy, sports programme, patient education, and pulmonary rehabilitation—according to sex and severity of disease.

In total, 20 percent men and 26 percent women reported current smoking. Women had significantly higher levels of dyspnoea and were more likely to have experienced an exacerbation in the preceding 12 months, whereas lung function values and disease severity based on GOLD classification did not differ between sexes.

Results revealed that more than three-fourths of the population underwent influenza vaccination in the previous autumn/winter. About 19 percent were currently participating in a reimbursed sports programme, 10 percent received physiotherapy, 38 percent were enrolled in an educational programme, and 34 percent had ever participated in an outpatient or inpatient pulmonary rehabilitation programme.

Out of 553 current or former smokers, 24 percent had participated in a smoking cessation programme.

Physician recommendations or offers to use non-pharmacological interventions may help increase uptake, especially in men and smokers, according to the researchers.