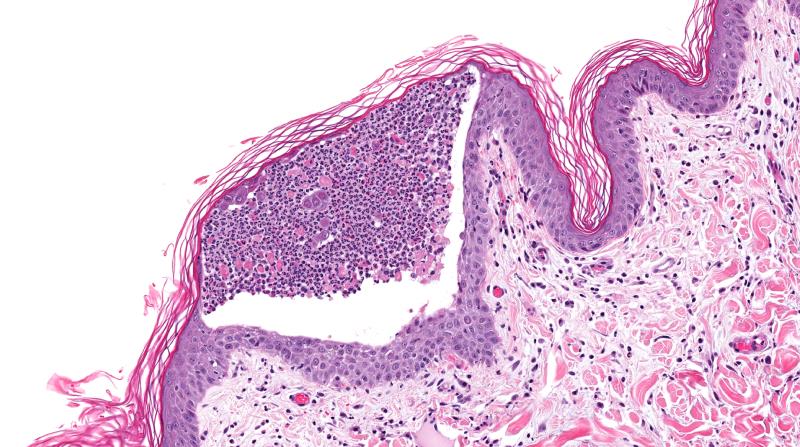 The C5 and leukotriene B4 inhibitor nomacopan helps suppress acute flares in older patients with bullous pemphigoid, according to the results of a phase IIa study.

Treatment was well tolerated, and none of the patients developed grade 3 to 5 (severe) adverse events associated or possibly associated with the investigational drug.

In terms of efficacy, the mean Bullous Pemphigoid Disease Area Index (BPDAI) activity score dropped from 32.0 points on day 1 to 19.6 points on day 42. Seven patients (77.8 percent) responded to treatment, with a decrease in the BPDAI activity score of at least 8 points between during follow-up.

Of note, three responders showed a reduction in disease activity of ≥80 percent. On day 42, the mean BPDAI pruritus score declined by 6.8 points from 17.6 points on day 1.

The findings warrant larger placebo-controlled, randomized clinical trials to confirm nomacopan and to establish the drug as a new therapeutic option for bullous pemphigoid.