No trade-off between bleeding and ischaemic risk with abbreviated DAPT 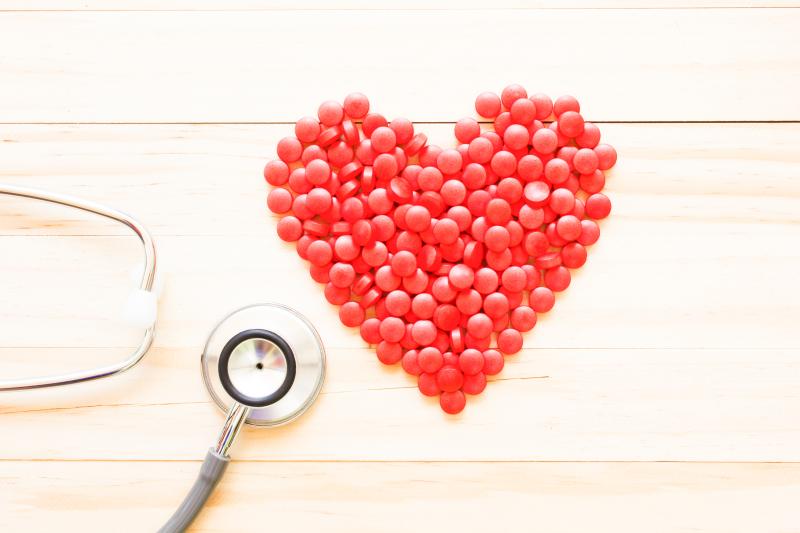 At 1 year, the composite of all-cause mortality, MI, stroke, and clinically relevant bleeding by BARC** 3 or 5 criteria did not differ between the abbreviated and standard DAPT strategies (2 months or longer) regardless of prior MI, reported Dr Pieter Smits, director of interventional cardiology at Maasstad Hospital, Rotterdam, the Netherlands at TCT 2021.

Similarly, ischaemic events alone (all-cause mortality, MI, and stroke) did not differ by DAPT strategy. “There was also no signal towards an increased ischaemic risk in the abbreviated DAPT population,” he added.

Clinically relevant bleeding events by BARC 2, 3, or 5 criteria were fewer with shorter DAPT course regardless of MI history, suggesting there was no trade-off between reduction in bleeding and ischaemic risk.

“One of the concerns people have had is exactly what has been addressed in this subgroup analysis: patients with prior MI in whom not only is bleeding risk high but the ischaemic risk is also high. Is the benefit of reducing bleeding offset by an increase in stent thrombosis or other ischaemic outcomes? The answer is clearly no,” said session discussant Dr Philippe Gabriel Steg of Hôpital Bichat in Paris, France.

The results also build on the evidence for newer stents with ultrathin struts in this bi-risk population.

Protracted DAPT used to be the go-to strategy for patients with drug-eluting coronary stents to mitigate the risk of stent thrombosis. But full results of the MASTER DAPT, released at ESC 2021 in August, showed that shorter DAPT (1 month) was as good as standard DAPT (3 months or longer) for NACE and MACCE*** in patients at HBR (75 years of age, with anaemia, a clinical indication for oral anticoagulants, and previous bleeding episodes requiring hospitalization) implanted with drug-eluting coronary stents, meeting the trial definition for nonsuperiority. Importantly, the shorter DAPT regimen proved superior to the standard DAPT course for major and clinically relevant nonmajor bleeding. [N Engl J Med 2021;385:1643-1655]

In the new analysis, Smits and team evaluated the 1-year outcomes in patients with or without a prior acute MI within 12 months of baseline PCI. There were 914 patients with a history of MI vs 1,381 without in the shorter DAPT arm. The numbers were 866 and 1,418, respectively for the standard DAPT arm.

As was seen in the MASTER DAPT trial, the rates of NACE and MACCE were no different between groups at 1 year, regardless of the patients' MI history.

Looking at the individual NACE components in the subgroup of patients with prior MI, both stroke (HR, 0.47; p=0.16) and all-cause death (HR, 0.78; p=0.28) numerically favoured shorter DAPT but were nonsignificant.

Similar to the initial findings, bleeding events (BARC 2, 3, or 5) were significantly reduced with shorter DAPT in both the MI and non-MI groups.

“In HBR patients, it is probably wise to shorten DAPT as short as possible, which is safe, and then continue with a drug that is effective in preventing ischaemic events, and is not causing too much bleeding,” Smit advised. “Prolonging DAPT beyond 12 months in this group will only give an excess bleeding.”

During a panel discussion following the press conference, Dr Ajay Kirtane from the NewYork-Presbyterian/Columbia University Irving Medical Center, New York, US pondered how the emerging data can be put into context and applied into practice, to which Dr Anna Sonia Petronio, from the Azienda Ospedaliero Universitaria Pisana, Pisa, Italy, commented: “We should tailor the therapy to the patient. Look at certain categories as a first objective.”

Dr Luca Testa from the IRCCS Policlinico S. Donato in Milan, Italy couldn’t agree more. Bleeding has become the centre of debates, not the stents as before. “So, I agree we need to tailor the therapy to individual patients.”

“Finally, we’ve also got the idea that bleeding is probably even more important than the fear of ischaemic events,” he added. “I’m very happy we’ve actually dropped the idea of giving DAPT for 6–12 months or longer.”

The data offer some reassurances to cardiologists already adopting the shorter DAPT regimen, added Kirtane. “Honestly, we’ve been doing this for HBR patients up front as we’ve come full circle to the point where we recognize that bleeding is an important clinical endpoint for patients. So, for as long as we can do it and feel comfortable about the safety, then we would do it. That is why this study is important, it showed no ischaemic risk penalty with shorter DAPT.”