No role for vitamin D supplementation in late-life depression 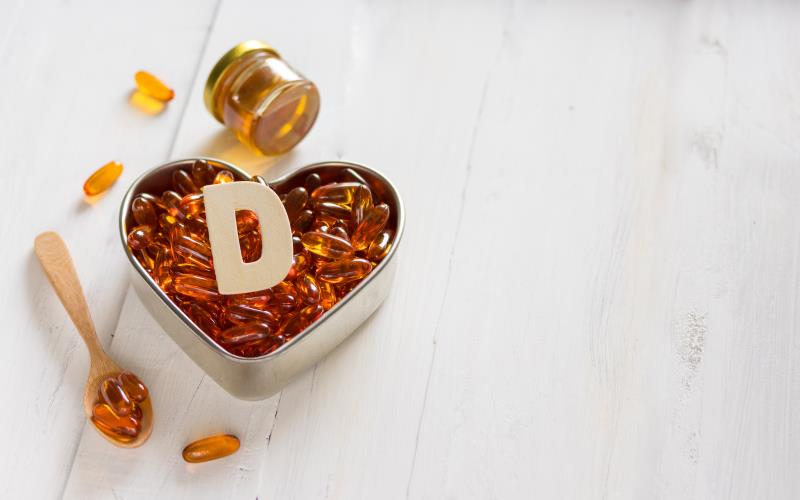 Vitamin D3 supplementation does not reduce the risk of late-life depression, according to the results of the VITAL-DEP* study.

“There was no significant benefit from the supplement for this purpose. It did not prevent depression or improve mood,” said Dr Olivia Okereke from Massachusetts General Hospital, Boston, Massachusetts, US.

The study population comprised 18,353 individuals aged ≥50 years (mean age 67.5 years, 49.2 percent female) without clinically relevant symptoms of depression. Of these, 16,657 were at risk for incident depression (no history of depression) and 1,696 at risk for recurrent depression (history of depression but untreated in the past 2 years). They were randomized 1:1 to receive vitamin D3 (2000 IU/day of cholecalciferol) and fish oil (1 g/day capsule containing 840 mg omega-3 fatty acids) or placebo and were treated for a median 5.3 years. Mean 25-hydroxyvitamin D level was 31.1 ng/mL, with 11.6 percent of the participants having levels <20 mg/mL. Treatment adherence was high at ≥90 percent in both groups.

“[However,] the findings [from this study] do not support a role for supplemental vitamin D3 in depression prevention among adults,” they said, noting that the findings conflict with those from observational studies which suggested a potential benefit.

“It’s not time to throw out your vitamin D yet though, at least not without your doctor’s advice,” said Okereke.

“Vitamin D is known to be essential for bone and metabolic health, but randomized trials have cast doubt on many of the other presumed benefits,” added senior author Professor JoAnn Manson from Brigham and Women’s Hospital, Boston, Massachusetts, US.