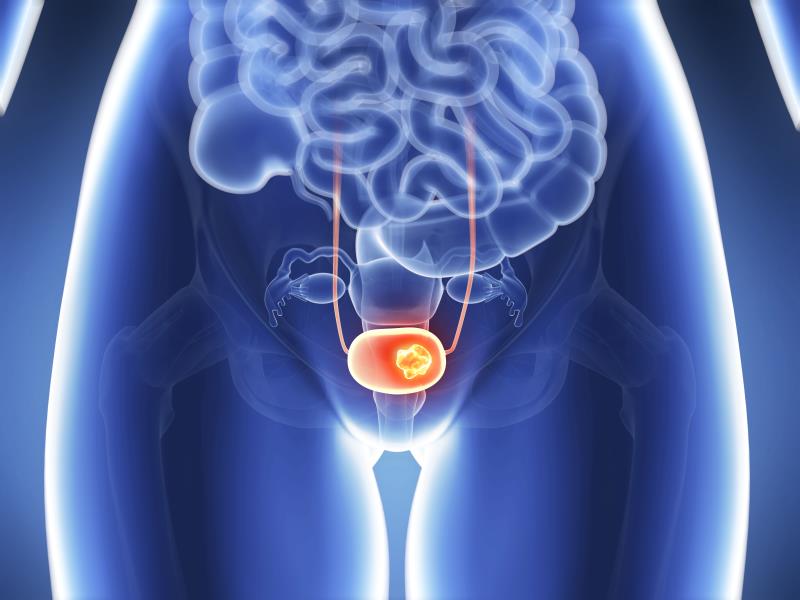 Durvalumab with or without tremelimumab in the first-line setting does not improve overall survival (OS) over standard-of-care (SoC) chemotherapy in patients with unresectable, locally advanced or metastatic urothelial carcinoma, according to the phase III DANUBE trial.

“The results of the DANUBE trial … do not show that durvalumab is superior to chemotherapy as a first-line treatment, questioning the approach of immune checkpoint inhibitor monotherapy in this setting,” said the researchers.

Participants in this open-label, multinational study were 1,032 treatment-naïve adults with unresectable, locally advanced or metastatic urothelial carcinoma and ECOG performance status 0–1. They were randomized 1:1:1 to receive intravenous doses of the PD-L1 inhibitor durvalumab (1,500 mg Q4W) alone, ≤4 doses of durvalumab plus the CTLA-4 inhibitor tremelimumab (75 mg Q4W) followed by durvalumab maintenance (1,500 mg Q4W), or ≤6 cycles of SoC chemotherapy (gemcitabine plus cisplatin or carboplatin). They were followed up for a median 41.2 months. Baseline characteristics were well-balanced between groups. Sixty percent of patients from each group had high PD-L1 expression.

The OS results were generally consistent across subgroups, and between cisplatin eligible and ineligible patients.

Of note was the higher objective response rate in chemotherapy vs durvalumab recipients in both the ITT (49 percent vs 26 percent) and high PD-L1 populations (48 percent vs 28 percent). Similar results were observed with durvalumab-tremelimumab vs chemotherapy in the ITT population, though the duration of response was longer with the former, suggesting more durable remission.

“Secondary analyses suggested that tremelimumab added to the activity of durvalumab. This appeared most marked in the PD-L1–positive population,” said Powles. However, this may come at the risk of greater toxicity.

Research is necessary to identify the role of CTLA-4 inhibitors in metastatic urothelial cancer, particularly in patients with PD-L1–positive disease, said the researchers.

“[The results also suggest that] PD-L1 expression alone might not be sufficient to identify patients who benefit from PD-1 or PD-L1 inhibitors,” they said. “More specific patient selection might be required for biomarker-targeted monotherapy to outperform effective chemotherapy.”

They acknowledged that the “substantial proportion” of patients who received subsequent therapy following disease progression could have affected the results.