No increased risk of febrile seizure after MMRV vaccine 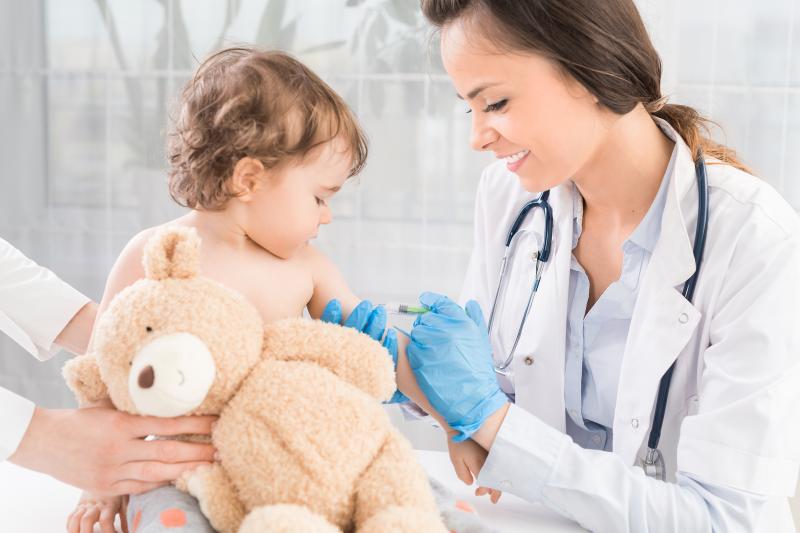 Children under 2 years who received the measles-mumps-rubella-varicella (MMRV) vaccine as a second measles-containing vaccine (MCV) following an MMR vaccine did not have an elevated risk of febrile seizures (FS), according to an Australian study. The introduction of the MMRV vaccine also increased MCV coverage in Australia.

“Our evaluation demonstrates that MMRV vaccine introduction in Australia has been associated with improved coverage and timeliness of protection against all four diseases … with no effect on the overall safety profile of the programme,” said the researchers led by Associate Professor Kristine Macartney from The Children’s Hospital at Westmead, New South Wales, Australia.

Reports of an increased risk of febrile seizures following MMRV vaccine administration compared with separate MMR and varicella vaccines led to the US Advisory Committee on Immunization Practices recommending, in 2009, that the MMR and varicella vaccine be administered as separate injections over the MMRV vaccine for the first dose of these vaccines at age 12–47 months, said Dr Cindy Weinbaum from the Centers for Disease Control and Prevention and Dr Walter Orenstein from the Emory Vaccine Center, Atlanta, Georgia, US, in a commentary. [JAMA Pediatr 2017;doi:10.1001/jamapediatrics.2017.2375; https://www.cdc.gov/mmwr/preview/mmwrhtml/rr5903a1.htm]

The researchers acknowledged that the findings may not be representative of all Australian children with FS and did not discount the potential role of confounding factors. The results were also mostly based on administration of one of the two available MMRV vaccines.