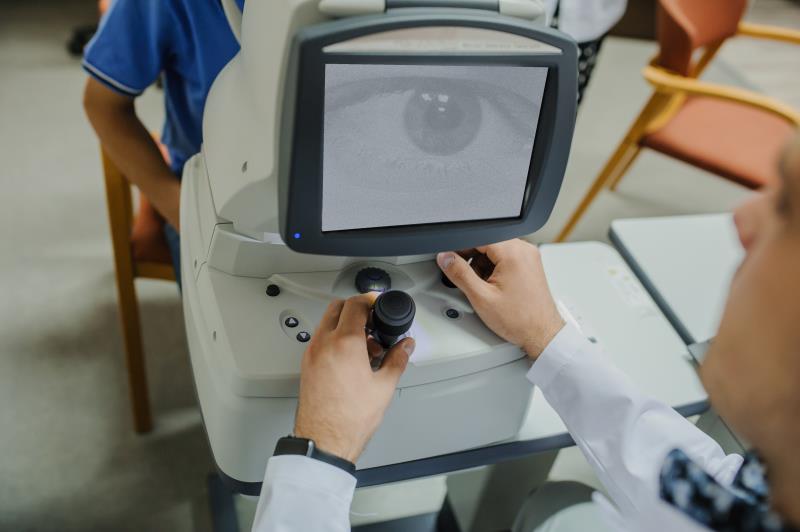 Adults (age ≥20 years) with CKD and anaemia who had been undergoing stable haemodialysis thrice weekly (TIW) for >12 weeks at 58 sites in Japan were randomized 1:1 to receive oral roxadustat TIW (n=150; mean age 64.6 years, 67.3 percent male) or intravenous injections of darbepoetin alfa once weekly (QW; n=152; mean age 64.9 years, 71.1 percent male) for up to 24 weeks. The doses of the medications were titrated to maintain haemoglobin levels of 10–12 g/dL.

“There was no clinically meaningful change in the number of retinal haemorrhages in either group [mean change from baseline to end of treatment, 0.2 and 0.3 in the roxadustat and darbepoetin alfa groups, respectively],” said Dr Yasir Sepah from the Nguyen Eye Lab, Stanford School of Medicine, Stanford, California, US, who presented the results at ERA-EDTA 2020.

According to Sepah, non-clinical data has suggested that angiogenesis may be associated with an increased risk of certain retinal pathologies. “Angiogenesis may be mediated via vascular endothelial growth factor, which can be induced by HIF-1α,” he said.

“During the 24-week treatment period, these data suggest that DD CKD patients who were treated with [the HIF-PHI**] roxadustat were not at an increased risk of ophthalmic abnormalities, compared with patients treated with darbepoetin alfa,” he concluded.