No evidence to support 5-day pivmecillinam for uncomplicated UTI 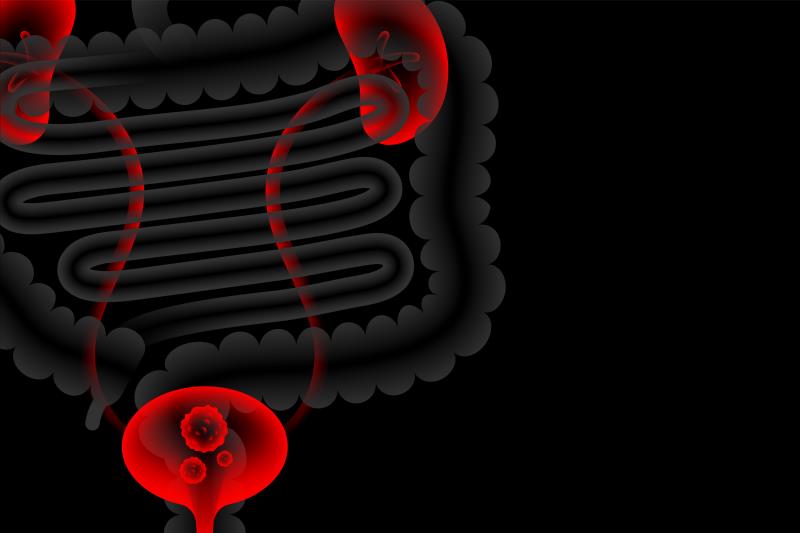 A 3-day course of pivmecillinam to treat uncomplicated lower urinary tract infection (UTI) yielded similar outcomes as a 5-day course, suggesting that 3-day treatment may be sufficient, according to a study from Denmark.

Participants in this multicentre (nine primary care clinics in Denmark), double-blind study were 368 women with symptoms of community-acquired uncomplicated lower UTI who were randomized to receive pivmecillinam (400 mg TID) for 3 or 5 days (n=188 [mean age 34.9 years] and 180 [mean age 35.4 years], respectively). Women who received the 3-day dose received subsequent placebo for 2 days. A total of 163 and 161 patients randomized to the 3- and 5-day arms, respectively, were included in the analysis. Patients completed a symptom diary on days 0–7, a long-term follow-up questionnaire between days 8 and 42, and provided two urine samples.

Escherichia coli (E. coli) was the most frequently detected cause of UTI in urine cultures (86 and 76 percent in the 3- and 5-day groups, respectively) followed by Staphylococcus saprophyticus (4.9 and 12.8 percent, respectively).

Likewise, clinical success at treatment end (symptom score <2) was achieved by 73 and 76 percent of individuals who received the 3- and 5-day course of pivmecillinam, respectively (difference, 3.2 percent, 95 percent CI, -7.1 to 13.5 percent; p=0.601), and remained similar between groups when the analysis was limited to those with E. coli only (76 percent vs 80 percent, adjusted OR, 1.36; p=0.41) and at long-term follow-up (day 28; 84 percent vs 74 percent; p=0.060). Ten patients in each group experienced a relapse following clinical success at treatment end.

AEs occurred at a comparable rate between the 3- and 5-day course recipients (42 percent vs 34 percent; p=0.168), and were predominantly gastrointestinal (24 percent). There were no incidents of serious AEs or Clostridium difficile-related diarrhoea.

Guidelines recommend a 3–7-day course of pivmecillinam for uncomplicated cystitis, with the suggestion that a 5- or 7-day course is superior to a 3-day one. [Clin Infect Dis 2011;52:e103-e120] Nonetheless, evidence to support this suggestion is scarce, said the researchers.

“The findings supporting a 3-day course are in line with the recent antibiotic mantra that “shorter is better” and the utility of narrow-spectrum antimicrobial chemotherapies, both important in the context of fighting antimicrobial resistance,” said the researchers, explaining the potential implications of the results.