Nintedanib may spare lung in COVID-19 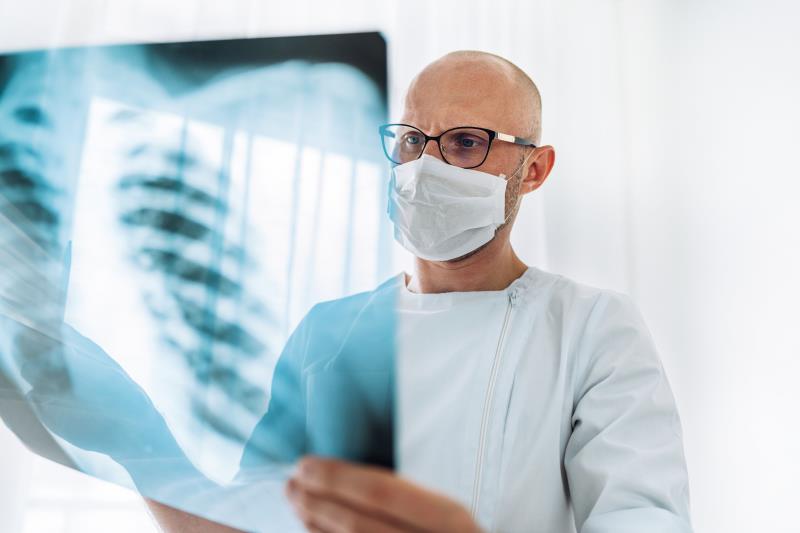 The findings, according to the investigators, clearly demonstrated that the drug could improve the survival and functional outcomes in severe COVID-19-induced acute respiratory distress syndrome (ARDS) by inhibiting the progression of pulmonary fibrosis.

A total of 60 patients with COVID-19 requiring mechanical ventilation were included in the study, of whom half underwent nintedanib therapy and the other half did not (control). Patient characteristics such as age (median 75 vs 70 years), sex (male: 76.7 percent vs 60 percent), body mass index (median 24.6 vs 23.2 kg/m2), and the Charlson comorbidity index were similar in the two groups.

The differences in the incidences of mild, moderate, and severe gastrointestinal adverse events between the two groups were few and insignificant. Mild and moderate acute liver failure occurred with slightly greater frequency on nintedanib (p=0.243 and 0.158, respectively), as was severe acute liver failure (p=1.0).

“[The CT data] suggested that nintedanib could minimize the long-term sequelae of COVID-19 on respiratory function, which have become an increasingly recognized and troubling health problem all over the world,” the investigators said. [https://covid19.who.int/]

Meanwhile, the lack of effect on 28-day mortality, could be explained by the “supposition that attenuating pulmonary fibrosis with nintedanib might not contribute to reducing acute-phase deaths because pulmonary fibrosis is a late pathological finding associated with late death,” they noted.

As such, the investigators pointed out that “pulmonary fibrosis could develop early in the course of ARDS but could also be largely associated with patient survival in a later phase.”

There were several limitations to the study, including the design and small number of patients, among others. “To resolve these imbalances, further large-scale multicenter randomized trials are needed to thoroughly evaluate the effects of nintedanib on the treatment of patients with severe COVID-19,” the investigators said.