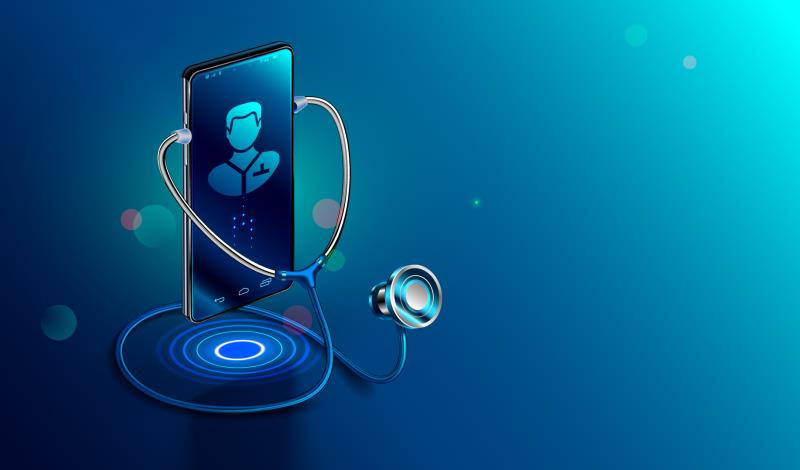 Frequent coughing at night, measured using a smartphone app, appears to be a reliable indicator of worsening asthma, as reported in a study presented at this year’s European Respiratory Society (ERS) virtual meeting.

“The current focus of our research group is using technology and simple interventions to improve the management of chronic lung diseases like asthma and chronic obstructive pulmonary disease,” according to lead study investigator Dr Frank Rassouli from the Cantonal Hospital St. Gallen, Switzerland.

Rassouli said the app could represent a new, effortless way to help patients and their doctors monitor asthma and keep symptoms under control. “Monitoring asthma is really important because if we can spot early signs that it’s getting worse, we can adjust medication to prevent asthma attacks.”

The study included 94 asthma patients who were being treated at two clinics in Switzerland. For 29 days, the patients slept in their bedroom with the smartphone app running to record the frequency of their coughing at night. Symptoms were assessed using the Asthma Control Test (ACT).

Results revealed a significant association between nocturnal coughs and asthma control, such that increased night-time coughing frequency over the course of a week indicated subsequent worsening of asthma symptoms. [ERS 2020, abstract 4569]

“Our study is the first to describe the independent predictive value of changes of nocturnal cough frequency for asthma control,” Rassouli said. “By using conventional smartphones, this study lays the groundwork for scalable, validated, and broadly available digital biomarkers for asthma.”

In developing the app, Rassouli stated that they had commissioned students to analyse about 10 percent of the recording hours and manually annotate coughs. When asked about the reliability, he pointed out that he and his team made comparisons between the raters and obtained a high inter-rater reliability of about 95 percent.

“Afterwards, colleagues from ETH Zurich and University of St. Gallen developed an automated algorithm, tested it, and found that it was quite precise,” he added.

According to the investigator, the next step in their study is to extend the application of the same technology to patients with chronic obstructive pulmonary disease.

In a statement, ERS President Thierry Troosters from KU Leuven, Belgium, commented that the study highlights an accessible approach for patients to monitor for signs that their asthma might be getting worse.

“The elegant mix of easy and available hardware such as a smartphone, combined with artificial intelligence that can work with ‘noisy’ data, will provide clinicians with additional eyes and ears to judge the clinical condition of their patients in real life, rather than only at the doctors’ office,” he added.

However, Troosters cautioned that patients must not rely on such technologies. “Asthma patients should still consult their doctor if they feel that their symptoms are worsening in any way,” even if a smartphone app says otherwise.