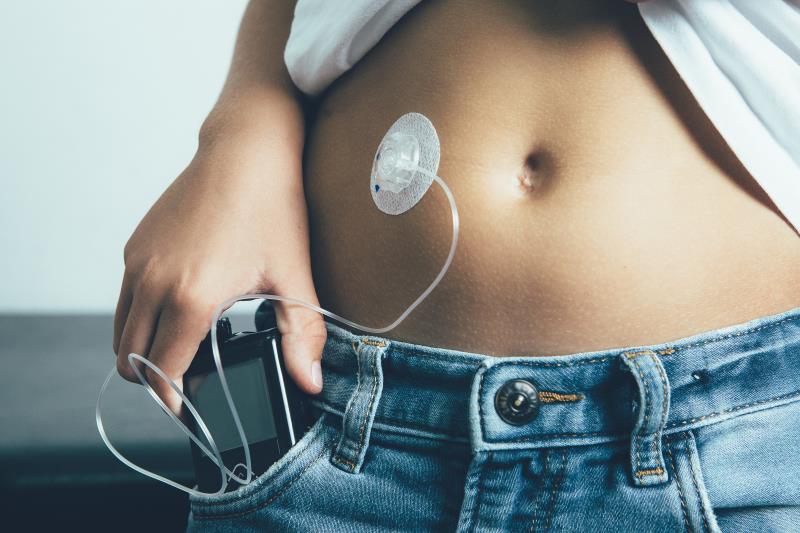 The next-generation automated insulin delivery (AID) system significantly improved daytime glycaemic control without increasing hypoglycaemia over the current 670G hybrid closed-loop system on the market in young patients with type 1 diabetes (T1D), according to the FLAIR* trial presented during the ADA 2020 Annual Meeting.

Despite the use of daily insulin injections or insulin pumps and continuous glucose monitoring (CGM), young patients with T1D often face difficulty achieving optimal glycaemic control — which is necessary for preventing diabetes complications, pointed out presenting author Dr Richard Bergenstal of the International Diabetes Center at Park Nicollet in Minneapolis, Minnesota, US.

While AID system has been effective in improving time in range (TIR), especially overnight, there are still barriers to overcome, said Bergenstal, citing daytime hyperglycaemia and glycaemic control in the young T1D population (aged 14–29 years) as prime target in the current study. [ADA 2020, 12th Jun session]

“This age group has traditionally been the most difficult group in which to optimize glucose management and the FLAIR study shows that individuals using any type of therapy, even insulin injections without a pump or CGM system, can benefit from the next-generation advanced hybrid closed-loop [AHCL] AID therapy,” he highlighted.

Compared with the 670G (the hybrid closed-loop system that is currently available), the AHCL system was superior in reducing daytime hyperglycaemia with a 3 percentage-point difference between the two systems (p<0.001 for superiority).

Importantly, this was achieved without an increase in hypoglycaemia (difference between treatments, -0.06 percentage points; p<0.001 for noninferiority), reported Bergenstal.

The AHCL system also led to almost threefold increase from baseline in the proportion of patients achieving the international consensus target of >70 percent TIR compared with a twofold increase with the 670G system. The TIR over 24 hours (ie, 70–180 mg/dL) rose to 67 percent with AHCL vs 63 percent with 670G, compared with 57 percent at baseline.

In addition, the average HbA1c levels dropped to 7.4 percent when patients were using the AHCL system compared with 7.6 percent when on 670G, from a baseline level of 7.9 percent.

“Both systems were safe in terms of severe hypoglycaemia and diabetic ketoacidosis,” said Bergenstal.

The multinational cross-over study enrolled 113 young patients (aged 14–29 years) with T1D. After a run-in period, they were randomized 1:1 to use the AHCL or the 670G system for 12 weeks, before crossing over to the other arm for another 12 weeks.

The components of an AID system comprised an insulin pump connected to a continuous glucose monitor, plus an automated algorithm for insulin dosing, explained Bergenstal.

Unlike the 670G system, one added feature of the AHCL system is having automatic correction boluses. It also does not have auto exit from the HCL mode when blood glucose exceeds a certain level for a certain duration — a conventional safety feature which experts said can interfere with tight control of blood sugar.

In the study, AHCL exited out of automode much less often (by threefold) than 670G. User satisfaction survey also showed that patients preferred the AHCL over the 670G system.

“There is still room for further improvement in glycaemic control in this population of patients with T1D, but AHCL represents a significant step forward for adolescents or young adults who have a hard time managing their glucose levels,” Bergenstal stated.