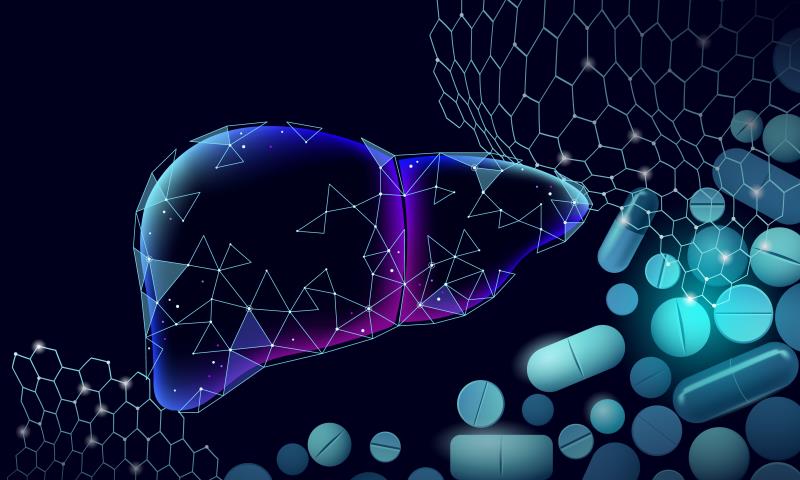 A novel liver dialysis device appeared safe vs standard of care  (SoC) in patients with acute on chronic liver failure (ACLF) in a small randomized study in Europe.

“The overall safety data have been quite promising,” reported study author Dr Banwari Agarwal of the Royal Free Hospital in London, UK at the ILC 2021 press conference. “Serious adverse events [AEs] were very similar between arms.”

Serious AEs occurred in 11 patients on the DIALIVE extracorporeal liver assist device vs 8 in those receiving SoC. Deaths were also similar in both groups (4 vs 3, respectively). The first 2 deaths in the device group prompted a change in protocol due to hypotension. The 3 deaths in the SoC group were due to progressive liver failure. [ILC 2021, abstract OA-1977]

The device mainly replaces dysfunctional albumin, which is largely pro-inflammatory, leading to “attenuation of systemic inflammation, which has a direct impact on liver regeneration and recovery of other organ failures,” said Agarwal.

Other mechanical liver devices have shown disappointing results in randomized trials of ACLF, he pointed out. “But, there’s little point in comparing as no two devices have the same story.”

The study was not designed to look at efficacy, but preliminary clinical outcomes demonstrated that at 28 days, 10 of 15 evaluable patients in the dialysis device group remained alive with complete resolution of ACLF vs five of 15 in the control arm.

There was also a significant improvement in other extrahepatic or non-liver organ functions, particularly brain function, which was assessed based on liver encephalopathy. This Agrawal said is suggestive of “ongoing improvement as well as survival at 28 days.”

Compared with SoC, the use of the device was associated with improvements in organ function, particularly liver and brain, and ACLF-free survival.

“It’s very early [result], but we’re really desperate in finding something to bridge [liver] transplantation … so, this is very hopeful,” commented Dr Tobias Boettler, who moderated the press conference. He was unaffiliated with the study.

Agarwal, for his part, said cirrhosis affects scores of people around the world. “These patients come into the hospital with acute decompensation and some even go on to progress to other organ failures. The short-term outcome for these patients is abysmal with the current SoC.”

The study involved eight hospitals in Europe. Agarwal reported on the preliminary safety results. Patients in the trial had a history of alcohol-related cirrhosis, history of an acute decompensation event, or had ACLF grade 1, 2, or 3a. The primary endpoint was safety at 10 days after 3–5  sessions of 8–12 hours of device use.

Seventeen patients were randomly assigned to the device and 17 to SoC. The mean age of the patients was 49, the majority of them were men.

Additionally, the device significantly increased the proportion of patients resolving ACLF, while reducing time to resolution. “Overall data justify the start of late phase clinical trials [for the device],” he concluded.