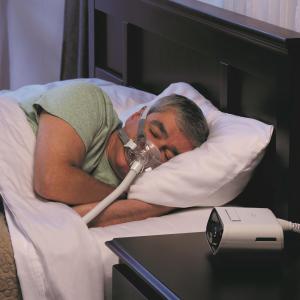 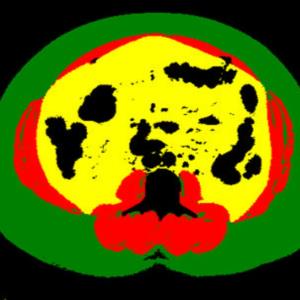 New formulation of Euthyrox: What has changed? 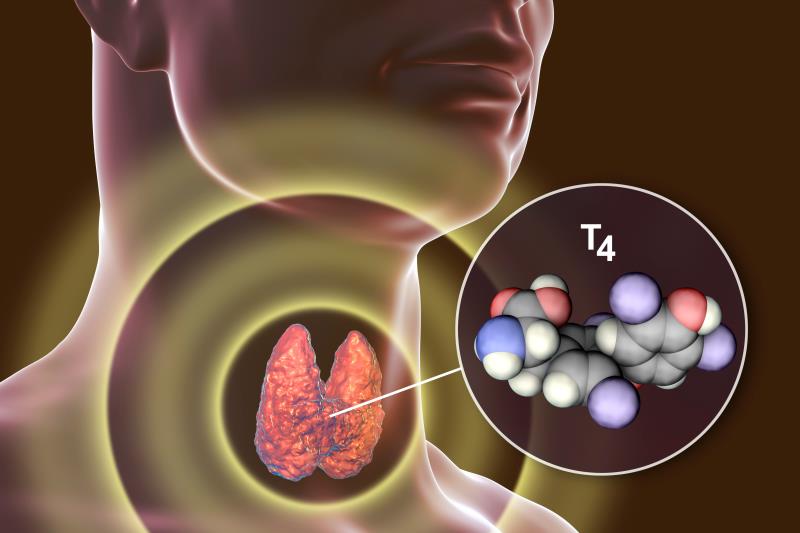 A new formulation of Euthyrox (levothyroxine) was introduced into the Singapore market this year, offering a more consistent and stable dose throughout the product’s shelf-life. To date, this new formulation has been launched in 28 countries.  Dr Abel Soh of Abel Soh Diabetes, Thyroid and Endocrine Clinic, Singapore, discusses changes with the new Euthyrox formulation and highlights precautions to take when switching formulations.

Thyroid hormones are vital for growth, neuronal development, reproduction and regulation of energy metabolism. Consequently, imbalances in the levels of thyroid hormones have potentially profound adverse effects. Thyroid disorders are relatively common, with prevalence ranging from 0.25 to 4.2 percent for overt hypothyroidism and 0.2 to 1.3 percent for overt hyperthyroidism. [Nat Rev Endocrinol 2018;14(5):301-316.]

The cornerstone of hypothyroidism management is levothyroxine sodium (L-T4), a synthetic thyroid hormone that is chemically identical to endogenous T4. Besides being used as replacement therapy for hypothyroidism, levothyroxine sodium is indicated for the treatment of benign euthyroid goitre, prophylaxis of post-surgery relapse for euthyroid goitre, concomitant therapy during anti-thyroid medicinal treatment of hyperthyroidism and suppression therapy in thyroid cancer. [Merck Healthcare. Euthyrox prescribing information, June 2020]

Euthyrox, a brand of L-T4, has been registered with the Health Sciences Authority, Singapore for more than two decades. Earlier this year, a new formulation was introduced. While the active ingredient in both formulations remain the same, the excipients have changed; lactose monohydrate has been replaced with mannitol and citric acid. This change enhances the stability of L-T4 over time, as L-T4 can no longer react with lactose to form levothyroxine-2-ketolactose, the main degradation product found in the old formulation. As an added benefit, the removal of lactose helps to avoid intolerability problems in patients with lactose intolerance. [Curr Med Res Opin 2019 Jan;35(1):147-150]

The main driver behind this change, Soh explained, was the introduction of more stringent regulatory standards. “Previously, L-T4 tablets (including Euthyrox) were manufactured with a standard shelf-life specification of 90–110% of the label claim. In 2010, the revised United States Pharmacopoeia (USP) monograph adjusted the potency specifications for levothyroxine sodium tablets to 95–105%. Subsequently in 2012, the Agence Nationale de Sécurité du Médicament et des Produits de Santé (ANSM) also requested for all companies to adopt this specification.

The main reason for tightening the potency specification is because L-T4 has a narrow therapeutic window. Small changes in levothyroxine dose may have significant clinical effects in individuals who are sensitive. This is of particular importance to special patient groups such as pregnant women, elderly patients, patients with thyroid cancer, and the paediatric population. By tightening the potency specification of L-T4 from 90–110% to 95–105%, a more exact dose of L-T4 per tablet can be delivered to the body, minimizing clinical effects due to slight alterations in the dose. 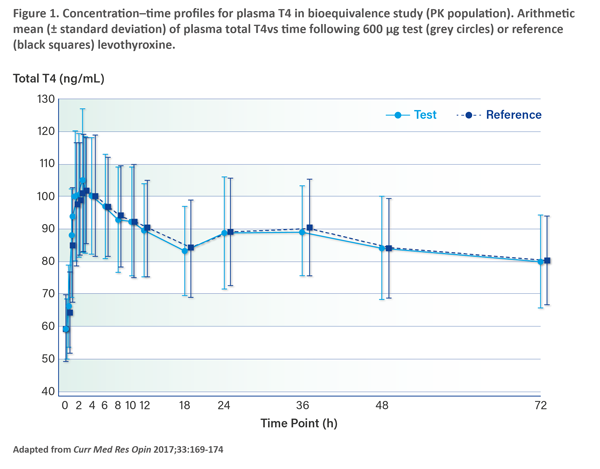 “The dosage form proportionality study, which was a 3-period, 6-sequence crossover study, assessed the dosage form proportionality of the new formulation of Euthyrox across three tablet strengths – 50 mcg, 100 mcg, and 200 mcg – at a total dose of 600 mcg each. The study showed similar total T4 levels resulting from the three tablet strengths (Figure 2). The safety data from both studies confirmed that the new formulation of Euthyrox has the same safety profile as the old formulation,” said Soh. [Curr Med Res Opin 2017;33:169-174] 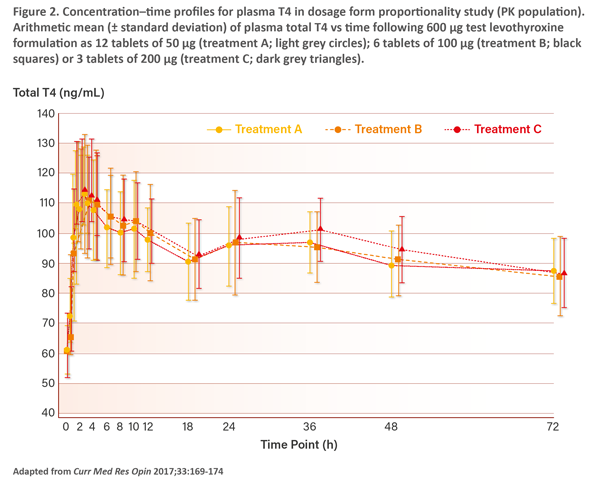 Notably, the manufacturing process of the old and new formulations, the available dosages, and appearance of the tablets remain the same. The way Euthyrox is prescribed, administered, and monitored also remain unchanged. [Curr Med Res Opin 2019;35:147-150]

Switching from the old to new formulations can be performed dose-for-dose, without requiring additional TSH testing or titration of therapy, followed by routine measurement of TSH levels in the usual way. [Curr Med Res Opin 2019;35:147-150] Moreover, based on the results of the dosage form proportionality study, patients can make up their prescribed dose of L-T4 using any combination of the new formulation tablets. [Curr Med Res Opin 2017;33:169-174]

However, close monitoring is recommended for all patients switching to the new formulation, as thyroid imbalances may be triggered due to levothyroxine’s narrow therapeutic range. This is particularly important for patients with thyroid cancer, cardiovascular disease, children, the elderly, pregnant women, or patients who present symptoms of thyroid imbalances. [Thyroid 2014;24:1670-1751]

“After a switch to the new formulation, it is recommended that patients be reassessed both clinically and biochemically (via blood test) 6 to 8 weeks later,” advised Soh. “Signs of increased T4 level after switching include increased heart rate or tachycardia, hand tremors, and increased tendon reflexes. Signs of decreased T4 level after switching include reduced heart rate or bradycardia and reduced tendon reflexes.” If necessary, dose adjustments may be considered according to the patient’s clinical response or laboratory assessments, he added.

To primary care doctors managing patients with hypothyroidism, Soh has this to say: “In the event that your patient continues to have symptoms suggestive of hypothyroidism (for example, lethargy or tiredness, dry skin, constipation) despite achieving a TSH level in the middle of the normal range with L-T4 treatment, it is recommended that you refer the patient to an endocrinologist for further evaluation and management.”

The new formulation of Euthyrox meets the tighter potency specifications to deliver a more exact levothyroxine dose. As a result, patients receive a more accurate and consistent L-T4 dose according to their medical needs to support a more precise dose titration with stable quantity of active ingredient throughout the product’s shelf life. 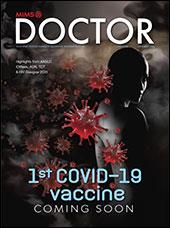