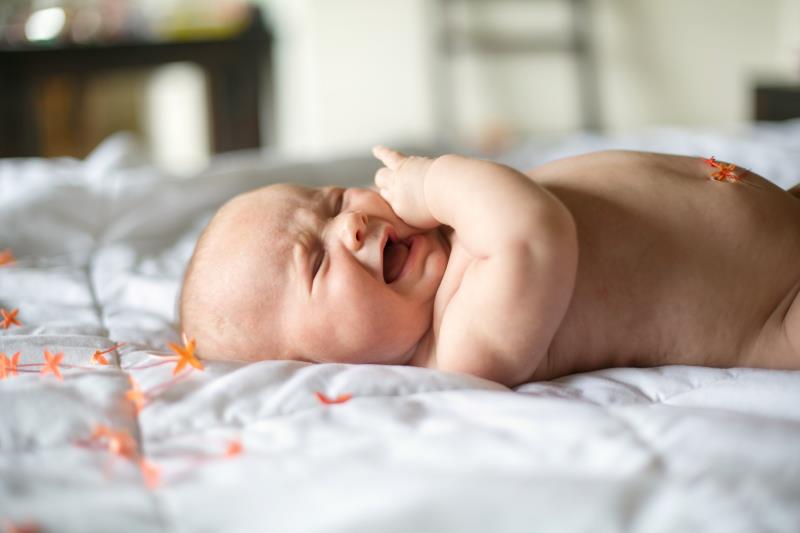 A novel anti-regurgitation (AR) formula combining carob bean gum (CBG) with prebiotics and postbiotics was found to have a more pronounced benefit for infants with more severe gastrointestinal (GI) symptoms, according to the results of a post hoc analysis presented at WCPGHAN 2021.

The combination of the prebiotic short chain galacto-oligosaccharides and long-chain fructo-oligosaccharides (scGOS/lcFOS 9:1) and postbiotics developed from Lactofidus™ fermentation has been found to positively affect gut microbiota function and improve stool consistency and infant colic. [Nutrients 2019;11:1530] It is thus postulated that this combination might improve not only regurgitation but also GI symptoms.

A total of 182 fully formula-fed infants (3–13 weeks old) with regurgitation from 18 study centres were randomized 1:1 to receive either the novel or the control AR formula over a 4-week main study phase with an optional 4-week extension phase. Both AR formulas contained CBG 0.4 g/100 mL and postbiotics. On top of these two components, the new AR formula contained the prebiotic scGOS/lcFOS 0.4 g/100 mL. [WCPGHAN 2021, abstract G-eP-292]

The improvements were observed within the first week for 9 out of the 13 items; all IGSQ item scores improved by week 4, noted Dr Yvan Vandenplas from the UZ Brussel, KidZ Health Castle, Brussels, Belgium, in his presentation.

When stratifying by GI burden, looking at the effect of the novel AR formula alone, week 4 saw reductions from baseline IGSQ sum scores in infants with both higher (IGSQ ≥35; –19.5) and lower GI burdens (IGSQ <35; –7.0).

As such, these findings suggest that the novel AR formula delivers a more pronounced improvement in GI symptoms among those with a higher GI burden, said Vandenplas. “The differences observed were mainly due to stooling, [as there was a] greater stool softening effect with the novel AR formula observed by week 1.”

Based on reported adverse events (AEs), both AR formulas appeared safe. Nonetheless, fewer early terminations due to AEs were seen with the novel vs the control AR formula, noted Vandenplas and colleagues.

Functional regurgitation is often associated with GI symptoms (eg, hard and infrequent stools, inconsolable crying). “[Taken together, these findings address] regurgitation-associated GI symptoms, [which] could improve the quality of life of parents and children,” said the researchers.