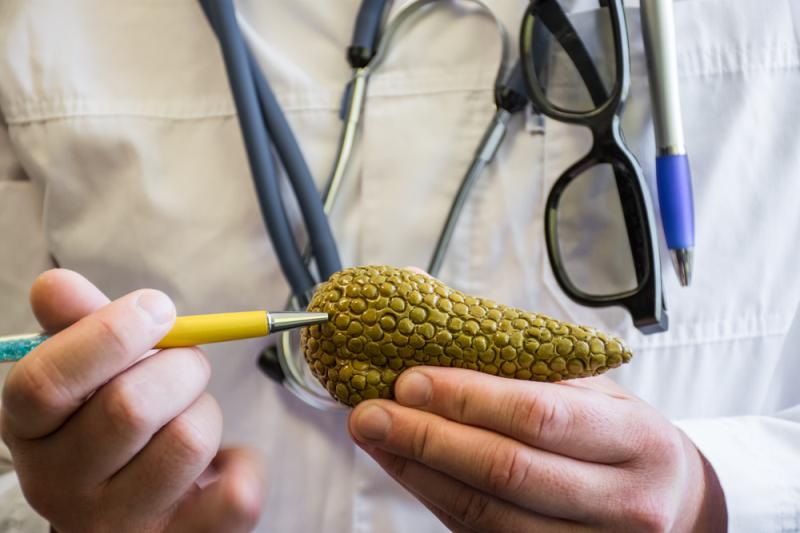 Neoadjuvant chemotherapy with gemcitabine plus S-1 has been shown to improve overall survival (OS) in patients with resectable pancreatic ductal adenocarcinoma in a Japanese study.

In the phase II/III Prep-02/JSAP-05 study, 364 Japanese patients were enrolled from 57 centres after diagnosis of resectable pancreatic ductal adenocarcinoma with histological confirmation. The patients were randomized to receive neoadjuvant gemcitabine plus S-1 (a combination of tegafur, gimeracil, and oteracil potassium) for two cycles (n=182), or to undergo surgery upfront (n=182). Adjuvant S-1 was given for 6 months to patients in both groups with curative resection who fully recovered within 10 weeks after surgery. [Unno M, et al, ASCO GI 2019, abstract 189]

The phase II part of the study confirmed a sufficiently high rate of successful resection in the neoadjuvant chemotherapy group (93 percent vs 82 percent in the upfront surgery group) for the study to proceed to phase III.

As for secondary endpoints, lower rates of lymph node metastasis (59.6 percent vs 81.5 percent) and liver metastasis (30 percent vs 47.4 percent) were reported in the neoadjuvant chemotherapy vs upfront surgery group. However, recurrence rates were similar between the two groups.

Grade 3/4 adverse events occurred in 72.3 percent of patients receiving neoadjuvant chemotherapy and were mainly haematologic, including leukopenia and neutropenia. No perioperative mortality was reported in either group, and morbidity associated with surgery was similar between the two groups.

According to Unno, the significant OS benefit demonstrated with neoadjuvant gemcitabine plus S-1 indicated that this approach could be a new standard of care for patients with resectable pancreatic ductal adenocarcinoma. However, S-1 is currently available only in Japan, several East Asian countries, and some European countries.

Other studies are ongoing to evaluate the role of neoadjuvant or perioperative regimens such as FOLFIRINOX (5-FU, leucovorin, irinotecan and oxaliplatin) vs gemcitabine plus nab-paclitaxel, or the role of these regimens in combination with radiotherapy.
LOGIN TO READ FULL STORY