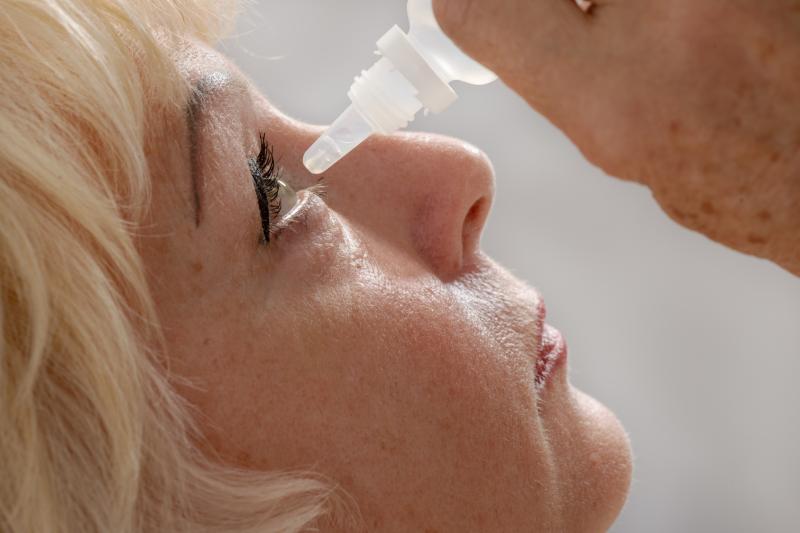 In the treatment of patients with filamentous fungal keratitis, natamycin performs better than chlorhexidine, being associated with more favourable outcomes, including visual acuity, and fewer adverse events, as shown in a study.

After adjusting for baseline values, BSCVA among patients treated with chlorhexidine was roughly three lines worse than those treated with natamycin (regression coefficient, −0.30, 95 percent confidence interval [CI], −0.42 to −0.18). This, according to the investigators, indicated that natamycin was superior to chlorhexidine (p<0.001). [Ophthalmology 2022;129:530-541]

There was no difference seen in culture positivity clearance rates at day 7 in the two treatment arms.

“Natamycin remains the preferred first-line monotherapy treatment for filamentous fungal keratitis,” the investigators said. “[Our] study highlights the need to ensure that [this drug] is readily available in all countries where fungal keratitis is a public health concern.”

Unfortunately, access to natamycin is still largely limited in some areas, particularly in most of sub-Saharan Africa, despite being on the World Health Organization Essential Medicines List, they added. [Ophthalmic Epidemiol 2011;18:158-163]

“Although chlorhexidine should not be used [in the first-line treatment of filamentous fungal keratitis] when natamycin is available, based on the results of this study, there may be situations where cautious use of chlorhexidine might be considered if alternative antifungal treatment is unavailable,” because keratitis can lead to serious complications, including blindness, when left untreated, according to the investigators.

The current study included 354 patients (mean age 46.9 years, 61.9 percent female) randomized to receive topical chlorhexidine 0.2% (n=178) or topical natamycin 5% (n=176). Of these, 20 had mixed bacterial-fungal infections and were excluded from the primary analysis.

There were several study limitations, including the failure to mask participants to treatment allocation and the assessment of the primary outcome measure by an optometrist not otherwise involved in the study. Furthermore, the patient population was enrolled in the lowland plains of Nepal, where the pattern of fungal isolates was dominated by dematiaceous fungi; this differs from studies conducted elsewhere, where Fusarium and Aspergillus are more frequent, according to the investigators.

“Further work is warranted to definitively answer whether lower concentrations of chlorhexidine or combination therapy with natamycin has a role to play in treating fungal keratitis,” they said.