Mycophenolate plus steroids: A new therapy for immune thrombocytopenia? 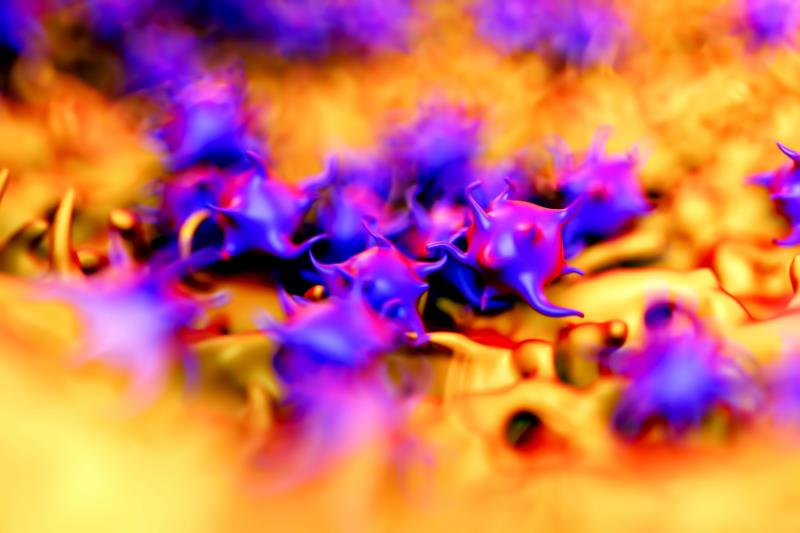 In patients newly diagnosed with immune thrombocytopenia (ITP), the first-line combination treatment of mycophenolate and corticosteroids was effective and well tolerated compared with corticosteroids alone, results of the UK-based Flight* trial showed.

“The standard-of-care (SoC) of corticosteroid alone has several downsides,” said study author Dr Charlotte Bradbury from the University of Bristol, Bristol, UK. “Not only do most patients have side effects from steroids, but there is also a heterogeneity of responses, with about 30 percent of patients not responding at all and the other patients most likely to relapse at some point in the future [with] only about 20 percent staying well in the long-term with this approach.”

Mycophenolate is frequently utilized in the UK as a second-line treatment for this condition. As such, the trial was conducted to assess if earlier initiation of mycophenolate could help prevent treatment failure, she said.

The side effects were predominantly related to corticosteroids, noted Bradbury. “It didn’t seem like mycophenolate was adding much in the way of side effects.”

“[This, the first randomized trial assessing mycophenolate treatment in ITP showed that] mycophenolate may be considered an effective, well-tolerated first-line treatment option, alongside a short course of steroids, for some patients with ITP, approximately halving the risk of refractory or relapsed ITP,” said Bradbury and co-authors.

However, certain quality of life (QoL) outcomes, such as physical role or function and fatigue, were worse in the mycophenolate than the corticosteroid-only group. “This is an important reminder that disease response and patient experience may not correlate and emphasizes the importance of including patient-reported outcomes within trials,” they added.

Nonetheless, Bradbury stopped short of recommending the mycophenolate-corticosteroid combo as a first-line SoC, and not just because of the QoL outcomes. “[O]ver half of the patients treated with corticosteroids alone remained in first remission at follow-up, so potentially had they received mycophenolate, over half may have been overtreated.”

“The key would be to try and better stratify patients at diagnosis and try and target mycophenolate for those who would be expected to do poorly on corticosteroids alone,” she concluded.