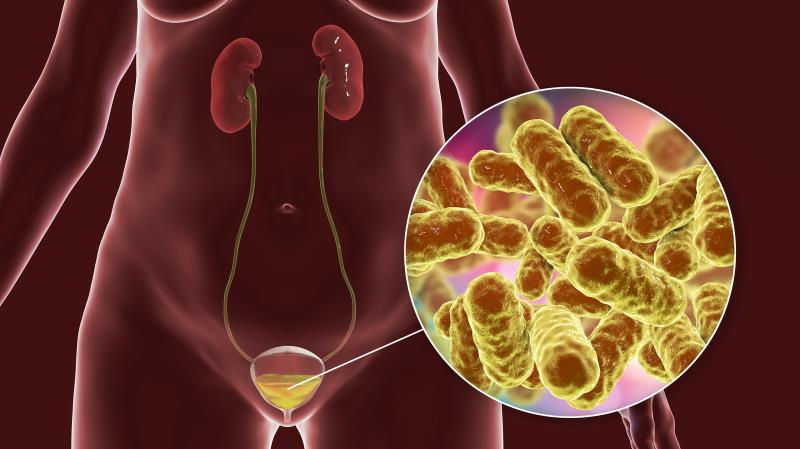 The sublingual bacterial vaccine MV140 reduces the number of recurrent urinary tract infections (UTIs) in women, according to a European study presented at EAU21.

“MV140 (Uromune) is a polybacterial sublingual vaccine consisting of whole inactivated bacteria (Escherichia coli 25%, Klebsiella pneumoniae 25%, Enterococcus faecalis 25%, and Proteus vulgaris 25%) that has shown excellent clinical benefit in [previous] observational studies [of] over 1,000 individuals,” said lead author Dr María-Fernanda Lorenzo-Gómez from the University Hospital of Salamanca in Salamanca, Spain. “[Our aim was] to confirm the safety and clinical efficacy of MV140 in preventing recurrent UTI in a randomized placebo-controlled trial.”

This phase III, double-blind trial involved 240 women (age 18–75 years) with recurrent UTIs (≥5 incidents of uncomplicated cystitis in the past year). Participants were randomized in a 1:1:1 ratio to receive a daily dose of MV140 for 3 or 6 months or placebo for 6 months. [EAU21, abstract P0130]

Significantly more women in the MV140 group were UTI-free compared with those in the placebo group (55.7 percent and 58.0 percent for 3- and 6-month treatment groups, respectively, vs 25.0 percent; p<0.001). MV140 recipients also experienced a significant delay in the appearance of the first UTI episode (median time ≤227 days).

In addition, there was a significant reduction in symptom score, antibiotic use, and the need for healthcare resources, and an improved quality of life in the MV140 compared with the placebo group regardless of the MV140 treatment schedule, Lorenzo-Gómez noted.

Drug-related adverse events occurred in three participants in the MV140 group and two in the placebo group, but none were considered serious, she said.

“[MV140 was] for the first time evaluated in a randomized placebo-controlled trial [and showed] long-lasting clinical efficacy by reducing incidence and preventing recurrence of UTIs, with an excellent safety profile,” said Lorenzo-Gómez.

“Furthermore, prophylaxis with this sublingual bacterial vaccine safely improved quality of life and reduced antibiotic and healthcare burden in women with recurrent UTI,” she added.
LOGIN TO READ FULL STORY