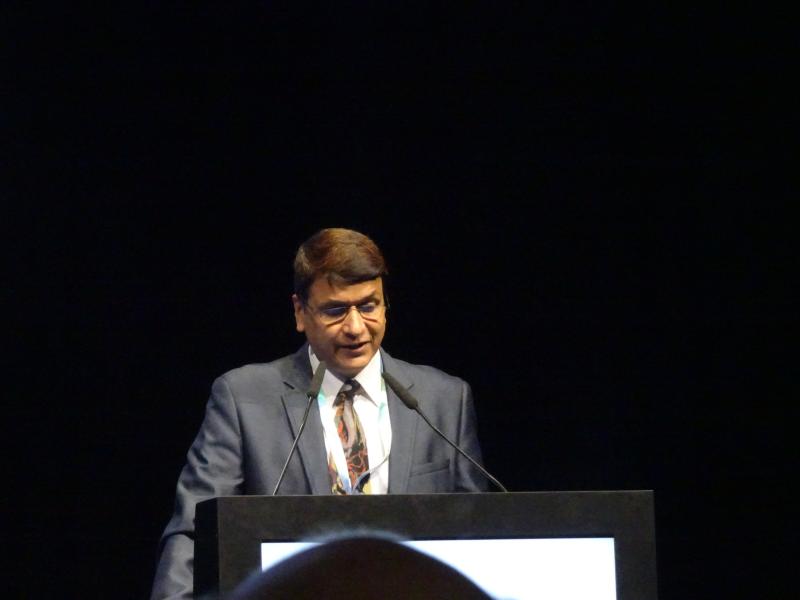 “CID is an under-reported, unpleasant, and sometimes a serious side-effect of chemotherapy,” said Professor Atul Sharma of All India Institute of Medical Sciences in New Delhi, India, who explained that CID occurred because “chemotherapy changes the composition of the native gut microflora.”

For diarrhoea of any grade, incidence was significantly lower in the probiotic group than the placebo group (n=199 vs 220; p=0.019). Similarly, incidence of mild-to-moderate diarrhoea (grade I-II) was also significantly reduced with probiotics compared with placebo (89.9 percent vs 95 percent; p=0.016).

“The results indicate a limited role of this high potency multistrain probiotic in reducing incidence of severe CID … [but] probiotics were able to significantly reduce all grades of diarrhoea episodes,” concluded Sharma.

“There was no increased incidence of infectious complications in study arm … indicating that probiotics are safe,” he added.

Other endpoints such as the proportion of patients requiring rescue medication, parenteral nutrition, or intravenous fluids was similar between the two groups. There was also no significant between-group difference in body weight throughout the study.

“The use of probiotics for the prevention of diarrhoea is a controversial issue: on one hand, they may create a protective barrier reducing diarrhoea and abdominal discomfort; on the other hand, they could put the immunocompromised patient at a higher risk of severe infections,” Herrstedt added, citing statements from the ESMO guidelines. [Ann Oncol 2018;29:iv126-iv242]

“Currently unknown is whether probiotics used in this RCT positively or negatively influence the immune system, and with more patients being treated with immunotherapy, before embarking on large-scale usage of probiotics to reduce CID, their effect on the immune system should be investigated,” commented Professor John Haanen of the Netherlands Cancer Institute, Amsterdam, in ESMO press release.