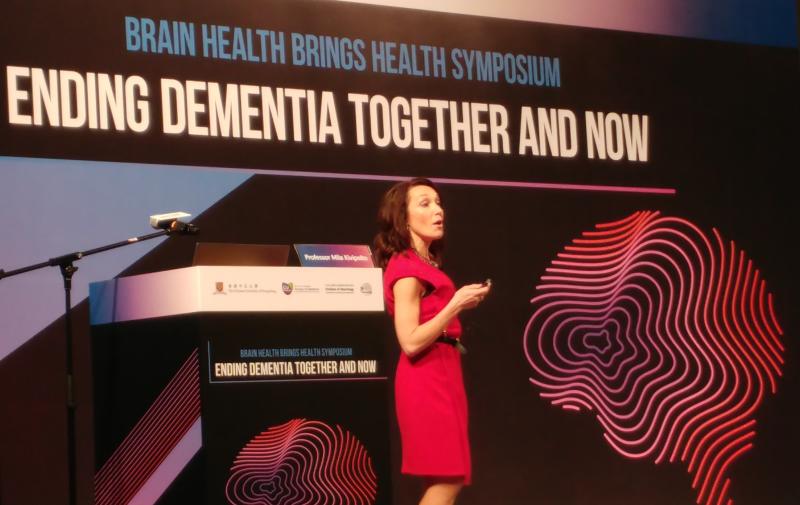 “The challenge in treating dementia is that the disease process develops 20 to 30 years before the patient manifests with signs of AD. Early treatment must begin before brain changes are too advanced,” explained Kivipelto.

“AD and dementia are related to modifiable risk factors such as diabetes, hypertension, obesity, physical inactivity, depression, smoking, low education and psychosocial factors, which provides us with the potential for primary prevention of AD,” she added. [Lancet Neurol 2014;13:788-794]

“Currently, 15 countries are involved in the FINGER initiative. This allows the protocol to be adapted in different countries taking into consideration regional lifestyle differences. This will also harmonize methodologies for easier compilation of the final results of the study. We are also currently looking into the feasibility of applying the study in Hong Kong,” Kivipelto said.

“The set of data we can accumulate from this collaboration on cognitive, clinical and lifestyle patterns, testing of blood and cerebrospinal fluid biomarkers, genetics and brain imaging can serve as a biorepository, which can be used in future clinical trials,” she added.

The group has also started investigating lifestyle interventions in combination with medical food. “There has not been much success in these areas, but models are continuously being created towards this direction,” Kivipelto noted. [Lancet Neurol 2017;16:965-975]

“Currently, no disease-modifying drugs are approved for the treatment of dementia and AD. Clinical trials of these drugs have reported failure rates approaching 100 percent, but newer and more refined approaches to patient selection have been used in recent years, such as selection of patients with early-onset AD and genetic mutations,” said Kivipelto.

“New technology such as E-health, machine learning and artificial intelligence may also help in facilitating personalized, effective and feasible interventions,” she added.