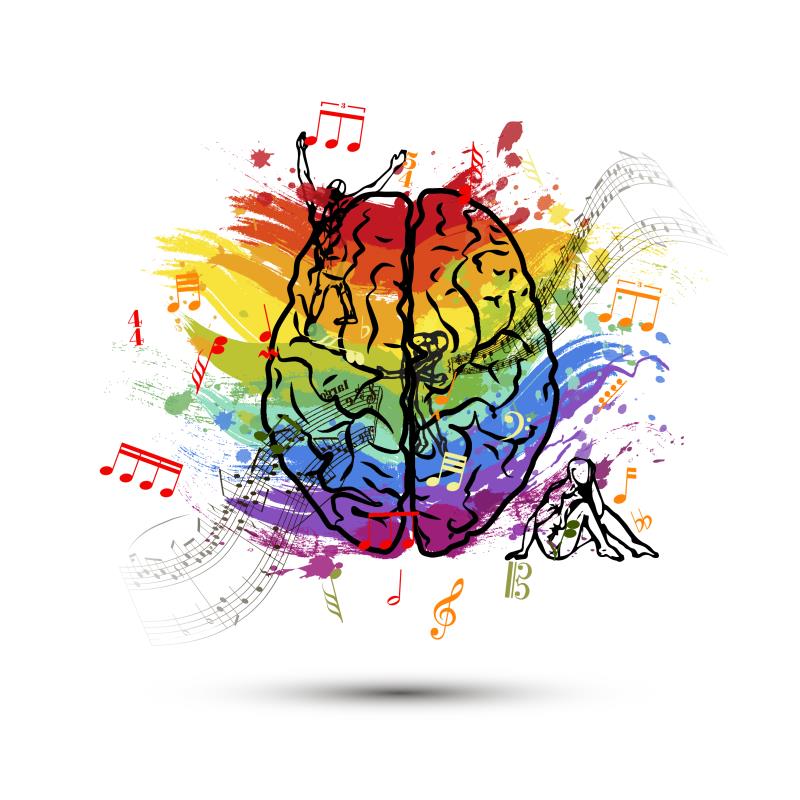 When it comes to music therapy, choosing Mozart’s over Haydn’s music can reduce epileptic brain activity in patients with epilepsy — thanks to its acoustic characteristics, suggests a study presented at the 2021 European Academy of Neurology (EAN) Meeting.

The study compared the effects of Mozart’s Sonata for Two Pianos K448 vs Haydn’s Symphony No 94 on brain activity in 18 epilepsy surgery candidates. The participants had intracerebral electrodes implanted in their temporal cortex before undergoing surgery. [EAN 2021, session EPR-145]

“To our surprise, there were significant differences between the effects of listening to Mozart’s K448 and Haydn’s No 94,” said study principal investigator Professor Ivan Rektor from Masaryk University, Brno, Czech Republic. “Listening to Mozart led to a 32 percent decrease in epileptiform discharges [EDs], but listening to Haydn’s No 94 caused a 45 percent increase.”

EDs are bursts of electrical activity in the brain which can lead to seizures and are associated with epilepsy.

Interestingly, men and women appeared to respond differently to the two music compositions. When the analysis was stratified by sex, listening to Haydn’s music only suppressed EDs in women but not in men, who showed an increase in activity instead.

“We believe the physical acoustic features of the Mozart’s music affect brain oscillations — or brain waves — which is responsible for reducing EDs,” said Rektor.

To explore the underlying mechanistic reason for the different effects seen with the two compositions, the researchers analysed the acoustic properties in terms of rhythm, dynamics and tone quality of the two pieces.

“The musical features suppressing EDs in men and women are different,” Rektor pointed out.

While both genders react to tempo and tone quality, the researchers found that men are more sensitive to dissonance and content of high-frequency segments.

“Non-dissonant music with a harmonic spectrum and decreasing tempo with significant high-frequency parts has a reducing effect on EDs in men,” explained the researchers. “To reduce EDs in women, the music should additionally be, in terms of loudness, gradually less dynamic.”

“These acoustic characteristics are more dominant in Mozart’s music than in Haydn’s music,” they highlighted.

Previously, scientists believed that the Mozart’s effect seen in epilepsy patients was associated with the emotional impact of music, as listening to music led to release of dopamine.

“The effects of listening to music on epilepsy cannot be explained by the effect of dopamine released by the reward system,” noted Rektor. “Our patients were not music connoisseurs and said they were emotionally indifferent to the two pieces of music. There was, therefore, no reason to believe that K448 evoked more pleasure than No. 94.”

“Based on our research, we suggest studying the use of musical pieces with well-defined acoustic properties as a noninvasive method to reduce epileptic activity in patients with epilepsy,” he concluded.