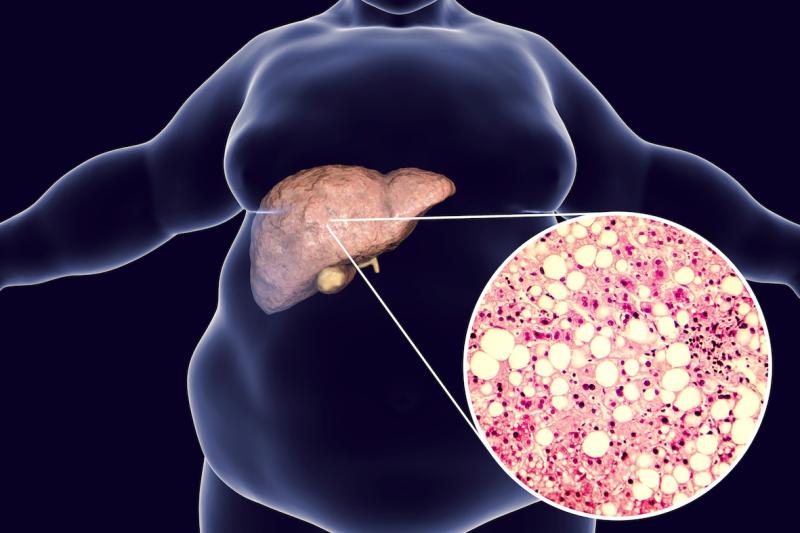 Hepatic venous pressure gradient (HVPG)-guided prophylaxis with non-selective beta blockers (NSBB) seems to be reasonably effective in patients with nonalcoholic steatohepatitis (NASH), eliciting responses from around half of this population, a recent study has found.

Researchers enrolled 38 patients with NASH cirrhosis and varices who received HPVG-guided NSBB treatment. HVPG-response, defined as a drop to below 12 mm Hg or by ≥10-percent from baseline, was assessed within a median of 52 days after enrolment. The study endpoint was a composite of variceal bleeding, liver-related death, decompensation, large volume paracentesis (LVP), and hospital admission for grade III–IV hepatic encephalopathy.

Over a median follow-up of 16.9 months, the researchers documented the primary endpoint in 19 patients (50 percent), including two with variceal bleeding, two with liver-related deaths, and five admissions for hepatic encephalopathy.