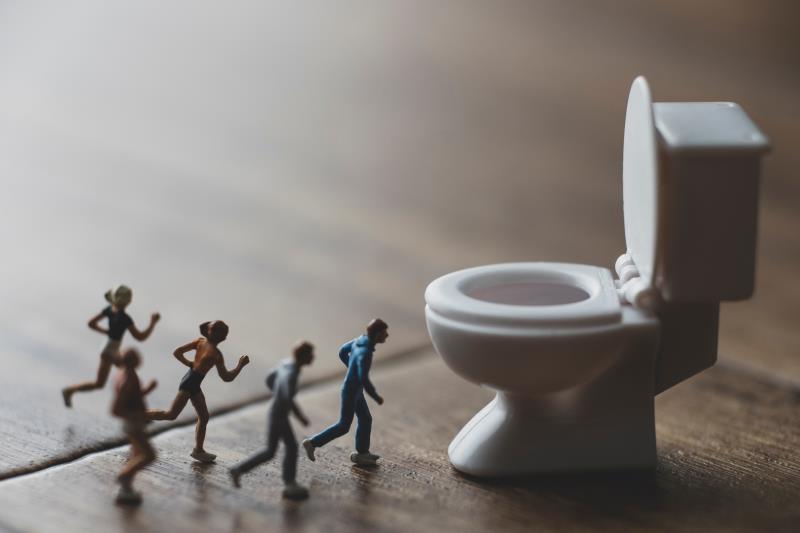 The humanized monoclonal antibody mirikizumab appears to reduce bowel movement urgency among patients with moderate to severely active ulcerative colitis (UC), according to a study presented at the Crohn’s and Colitis Congress 2020.

The study participants were randomized 1:1:1:1 to receive intravenous mirikizumab (600 mg fixed dose; n=51), mirikizumab (50 mg or 200 mg with potential exposure-based dose increase; n=59 and 56, respectively) or placebo (n=55). At week 12, mirikizumab recipients who had a clinical response – defined as a ≥2-point decrease in the 9-point Mayo score and ≥35 percent from baseline, plus a decrease in rectal bleeding subscore of ≥1 or achieving a subscore of 0 or 1 – were randomized again (1:1) to receive subcutaneous mirikizumab (200 mg Q4W or Q12W; n=43 and 41, respectively) until week 52 (maintenance treatment).

At week 12, absence of urgency – defined as no symptoms of urgency for three consecutive days prior to scheduled visits – was more common among patients who received mirikizumab compared with placebo, with significantly higher rates among those who received mirikizumab 200 or 600 mg (39.3 percent; p=0.016 and 43.1 percent; p=0.006, respectively, vs 18.2 percent [placebo]). [Crohn’s and Colitis Congress 2020, presentation number P068]

During the maintenance period, the greater rates of absence of urgency with mirikizumab 200mg Q4W or Q12W vs placebo was sustained “with minimal variation” among patients who had urgency at baseline, regardless of their urgency status at week 12.

In a separate phase II, randomized study, 245 patients with moderate to severely active UC received the same doses of mirikizumab (both induction and maintenance doses) as the trial above (n=63, 62, 61, and 59 in the placebo, mirikizumab 50 mg, 200 mg, and 600 mg dose groups, respectively, in the induction period). Health-related quality of life (HRQoL) was assessed using the 36-Item Short Form Health Survey v2 Standard (SF-36).

The improved scores were sustained through to week 52 in patients who were re-randomized to continue mirikizumab maintenance treatment.

“Mirikizumab treatment results in significant improvements in patient HRQoL demonstrated by significantly improved SF-36 scores after 12 weeks of induction treatment, which were sustained during an additional 40 weeks of maintenance treatment,” said lead author Professor Gary Lichtenstein from the University of Pennsylvania, Philadelphia, Pennsylvania, US, and colleagues.