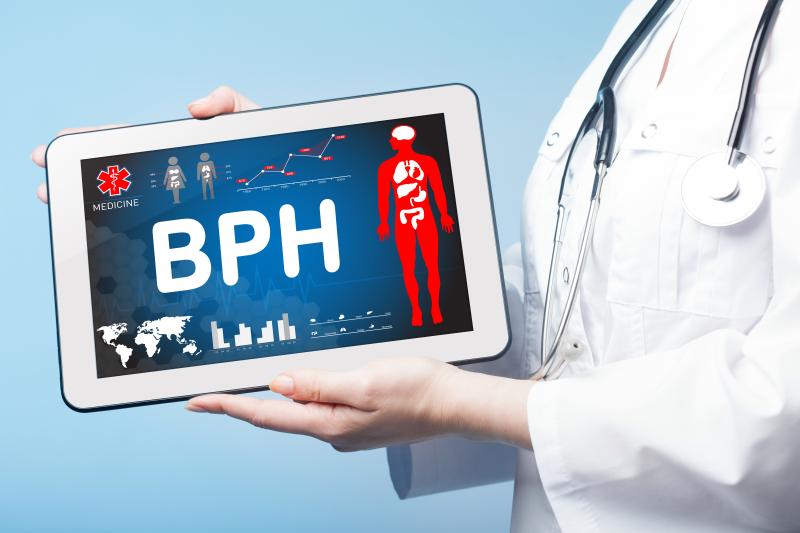 Mirabegron appears to be a safe add-on therapy in men receiving tamsulosin for lower urinary tract symptoms (LUTS) associated with benign prostatic hyperplasia, according to data from the phase IV PLUS study.

Patient demographics were similar between the two groups. The mean age of the entire population was 65 years, and mean body mass index was 29 kg/m2. Most patients in both groups had hypertension (55.7 percent in the mirabegron group vs 60.2 percent in the placebo group). Other comorbidities included hypercholesterolaemia (26.4 percent vs 26.8 percent) and gastroesophageal reflux disease (13.4 percent vs 11.3 percent).

The safety data revealed that drug-related adverse events (AEs) occurred with greater frequency in the mirabegron group, whereas the frequency of overall AEs was higher in the placebo group. Hypertension, headache, and nasopharyngitis were the most common AEs, and most of them were mild or moderate in severity.

Drug-related serious AEs occurred in two patients on mirabegron (acute myocardial infarction with cerebral infarction, angina pectoris) and one on placebo (lacunar stroke). Special interest AEs were rare, the most common of which was urinary retention, with two mirabegron-treated patients requiring catheterization; neither led to discontinuation.

Blood pressure and pulse rate remained relatively stable, and similar electrocardiogram parameters were similar in both groups. Changes in mean postvoid residual volume and Qmax were not clinically meaningful.