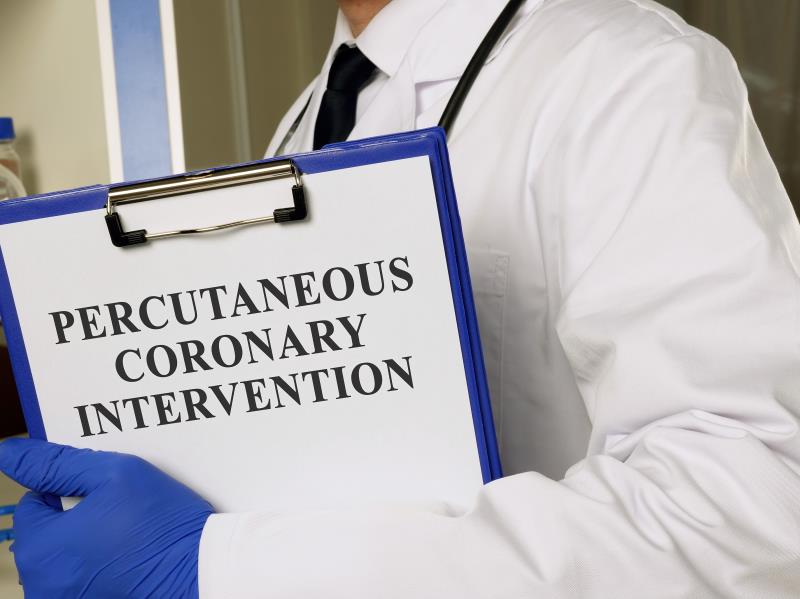 Only a small fraction of patients with stable ischaemic heart disease (SIHD) who undergo percutaneous coronary intervention (PCI) in the US meet the inclusion criteria of the ISCHEMIA* trial, according to results of a study presented at SCAI 2021.

These findings suggest that the ISCHEMIA trial population may not reflect the general population who undergo this procedure, said the authors.

The authors conducted a cross-sectional analysis of the National Cardiovascular Data Registry (NCDR) CathPCI Registry between October 2017 and June 2019. The study population comprised 388,212 patients from 1,662 hospitals who underwent PCI for SIHD in routine clinical practice. This group comprised 42.9 percent of patients who underwent PCI over the study period.

The patients were divided into two groups: those who met the ISCHEMIA trial inclusion criteria (SIHD, moderate-to-severe ischaemia on functional testing, and lack of high-risk anatomic or clinical features [ie, left ventricular systolic dysfunction, end-stage renal disease (ESRD), left main coronary artery disease]) and those who did not.

A total of 125,302 patients met the ISCHEMIA trial inclusion criteria (ISCHEMIA-like), which was 32.3 percent of the present study cohort and 13.5 percent of patients undergoing PCI. [SCAI 2021, abstract FCR-07]

“The ISCHEMIA trial, which enrolled patients with SIHD, showed that revascularization improved angina symptoms with no effect on death or myocardial infarction,” said the authors.

However, information on the proportion of patients undergoing PCI for SIHD in interventional practice who actually met the trial inclusion criteria in the US was lacking, they noted.

“The ISCHEMIA trial is one of the most important studies in interventional cardiology over the last decade,” said senior author Assistant Professor Jay Giri from Penn Medicine, Philadelphia, Pennsylvania, US.

“While the findings are very valuable in informing our decision-making in many patients – the population enrolled does not appear representative of the broad range of patients that modern US coronary interventionists encounter,” he pointed out.

In this analysis of contemporary patients undergoing PCI for SIHD in the US, only 13.5 percent met the enrolment criteria for ISCHEMIA, the authors said. They noted that there was significant variation in the proportion of SIHD patients who met ISCHEMIA trial criteria in the individual centres.

“Our study reveals that most patients who have intervention are not reflected in the ISCHEMIA trial,” said principal investigator Assistant Professor Saurav Chatterjee from Northwell Health, New York, US. “These results help shine a light into what is truly happening in cath labs across the country, and the kinds of patients who are being referred for intervention,” he said.