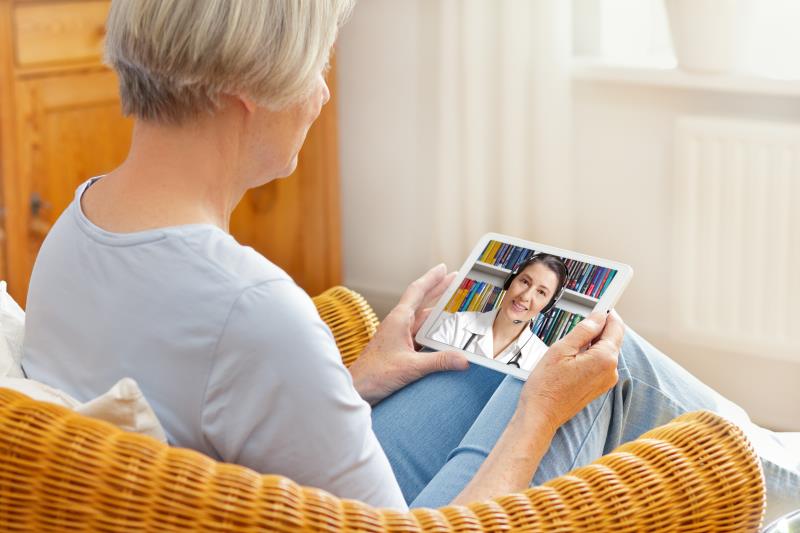 A minimal monitoring (MINMON) approach to treatment of hepatitis C virus (HCV) infection with sofosbuvir/velpatasvir appeared to render an acceptable sustained virological response (SVR), according to results of the phase IV ACTG* A5360 trial.

The MINMON approach comprised four components with the goal of simplifying care, said Solomon. Pre-treatment genotyping was eliminated, the entire treatment course of 84 tablets was dispensed at study entry, all scheduled on-treatment clinical and laboratory visits were eliminated, and two remote visits were carried out (at week 4 and 22 for adherence and SVR assessment, respectively). [CROI 2021, abstract 135]

At study entry, 42 percent of patients had HIV co-infection, of whom 99 percent were on antiretroviral therapy, and 9 percent had compensated cirrhosis (FIB-4 ≥3.25).

Ninety-nine percent of patients were remotely contacted at week 4, and 84 percent at week 22.

There were 21 unplanned visits from 15 patients. These visits were primarily due to abnormal lab values at baseline (n=8), non-AE clinical events (n=6), and AEs unrelated to treatment (n=3).

SVR was assessed in multiple subgroups including country, sex at birth, gender identity, cirrhosis or HIV-1 infection status, age, baseline HCV genotype, and history of substance abuse. Although not powered for subgroup analysis, only the population of young adults (age 20–29 years) had a CI that did not cross 95 percent, said Solomon.

Among the 20 non-respondents, two were lost to follow-up and one provided a sample prior to week 24. Thirteen patients had HCV genotype 1 and seven had genotype 3. Sixty-seven percent of patients reported 100 percent adherence at the SVR visit (compared with 91 percent of those who achieved SVR), while three each reported <75 and 75–99 percent adherence.

According to Solomon, analysis is underway to identify if these non-responses were due to relapse or reinfection.

Of the 397 patients included in the safety analysis (up to week 28), 14 patients (3.5 percent) reported ≥1 serious AE. Five events occurred while patients were on study medication. None of the serious AEs were deemed treatment related, or resulted in treatment discontinuation or death. Twelve and two of the events were classified as grade 3 and 4, respectively.

Twenty-eight AEs occurred in 23 patients (5.8 percent), eight of which occurred while on treatment, and five attributed to treatment (two incidents of diarrhoea, and one each of headache, fatigue, and abdominal distention). One AE led to treatment discontinuation.

A new strategy for a new era

In 2016, the WHO announced ambitious targets for HCV elimination, with the aim of curing 80 percent of the ~71 million people with chronic HCV globally by 2030, said Solomon.

“In lower- and middle-income countries where the majority of people with HCV reside, the availability and cost associated with diagnosis are often much more challenging than the cost of therapy,” he continued. Delivery of care is yet another challenge in the overburdened healthcare infrastructure.

“While [the study] was designed prior to the COVID-19 pandemic, … COVID-19 has required us to pivot clinical programmes to minimize in-person contact and promote remote approaches which in theory, is the essence of MINMON,” he noted.

“[Additionally,] the elimination of pre-treatment genotyping and on-treatment evaluations really improve the access especially in low- and middle-income settings where genotyping is not routinely available. Integrating MINMON with innovative case finding strategies could help us achieve HCV elimination goals,” he concluded.