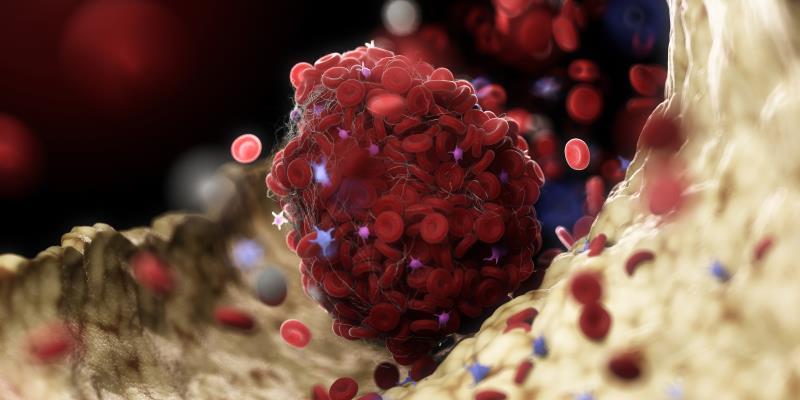 Postoperative treatment with the oral factor XIa inhibitor milvexian could help prevent the incidence of venous thromboembolism (VTE) in patients undergoing elective knee arthroplasty, according to results of a phase II trial presented at AHA 2021.

“Factor XI is an important driver of postoperative VTE. Postoperative factor XIa inhibition with oral milvexian is effective for VTE prevention and [is] associated with a low risk of bleeding,” presented Professor Jeffrey Weitz from the Thrombosis and Atherosclerosis Research Institute and McMaster University, Hamilton, Ontario, Canada.

In the multinational AXIOMATIC-TKR* study, 1,242 patients aged ≥50 years undergoing elective unilateral knee arthroplasty were randomized to receive postoperative oral milvexian (25, 50, 100, or 200 mg BID or 25, 50, or 200 mg QD) or subcutaneous enoxaparin (40 mg QD), beginning 12–24 hours post-surgery and continued for 10–14 days. All patients were followed up for 30 days. A total of 1,047 patients had evaluable venograms.

Two patients in the milvexian and one in the enoxaparin group experienced symptomatic nonfatal pulmonary embolism (PE), though there were no deaths due to PE.

The rates of bleeding of any severity (a composite of major bleeding, clinically relevant nonmajor [CRNM] bleeding, and minimal bleeding) were similar between the milvexian and enoxaparin groups (4 percent each). Clinically relevant bleeding (a composite of major and CRNM bleeding) occurred in 1 and 2 percent of milvexian and enoxaparin recipients, respectively, with one enoxaparin and no milvexian recipients experiencing major bleeding.

Adverse events (AEs) occurred in a comparable proportion of milvexian and enoxaparin recipients (39 percent vs 38 percent), with serious AEs documented in 2 and 4 percent, respectively. AEs led to treatment discontinuation in 3 percent of each group. Post-surgical median haemoglobin levels did not differ between groups.

“This trial provides proof of principle that milvexian is an effective antithrombotic agent,” the authors said.

“The lower incidence of VTE and the tendency for less extensive thrombosis with higher doses of milvexian than with enoxaparin highlight the role of factor XI in the pathogenesis of venous thrombosis after surgery,” they added.

The authors called for further research into assessing the safety of milvexian either alone or in combination with other antiplatelet agents. “Further studies are [also] needed to determine whether oral anticoagulants that target factor XIa can dissociate thrombosis from haemostasis,’ they said.