MicroRNA enrichment in plasma may be indicative of ovarian cancer 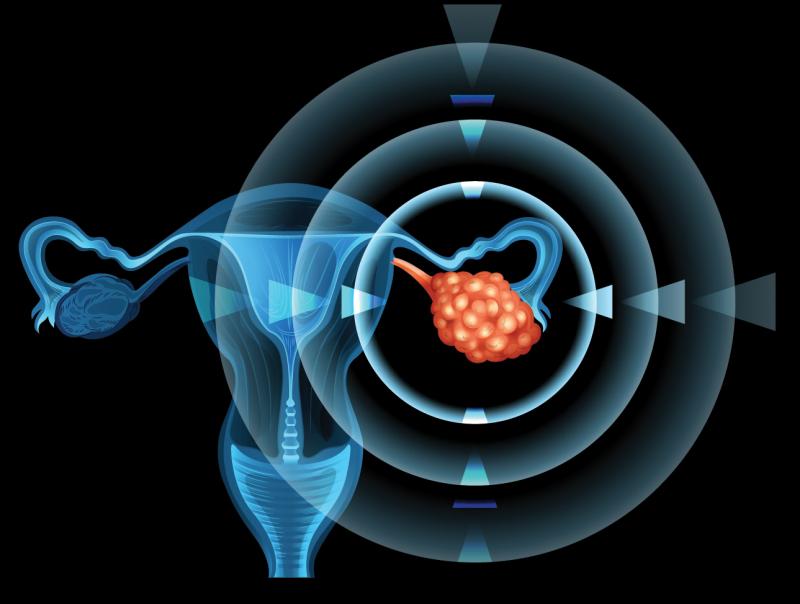 Measuring plasma microRNAs (miRNAs) can be a noninvasive diagnostic technique for predicting the development of ovarian cancer, a recent study has found.

Using quantitative reverse transcription polymerase chain reaction, researchers identified putative miRNA markers in plasma samples of 66 participants, of whom 32 had ovarian cancer and 34 were healthy controls. Distant metastasis was reported in 19 patients with the malignancy, while most (n=22) were at menopause.

Five miRNAs were found to be differentially expressed in the ovarian cancer patients: miR-205-5p, miR-145-5p, miR-10a-5p, miR-346 and miR-328-3p. Expression levels for all identified miRNAs were significantly elevated relative to the healthy control counterparts.

Individually, the putative predictive miRNAs had area under curve (AUC) values of 0.681, 0.702, 0.680, 0.737 and 0.700, respectively, as determined by receiver operating characteristic curve analysis. When all five were combined into a panel, the resulting AUC was 0.760 (95 percent CI, 0.691–0.828), suggesting a better predictive value than all individual molecules.

Seeking to identify potential mechanisms of action, researchers then assessed the levels of the identified miRNA molecules in different tissue samples. They found that the levels of miR-145-5p, miR-10a-5p, miR-346 and miR-328-3p were all significantly downregulated in tumour vs normal tissues; expression levels in plasma exosomes, on the other hand, were all significantly increased.

A potential explanation for this was given by Zhao and colleagues in their 2015 paper: “[C]irculating miRNAs were believed to be passively leaked or actively transported from cells during tumorigenesis and packaged into small membranous vesicles or protected by the formation of a protein-miRNA complex, and the miRNAs with low expression levels in tumour tissue might be broken down in tissues and then released into the bloodstream.” [Sci Rep 2015;5:11251]

However, more studies are required to confirm this, according to researchers.