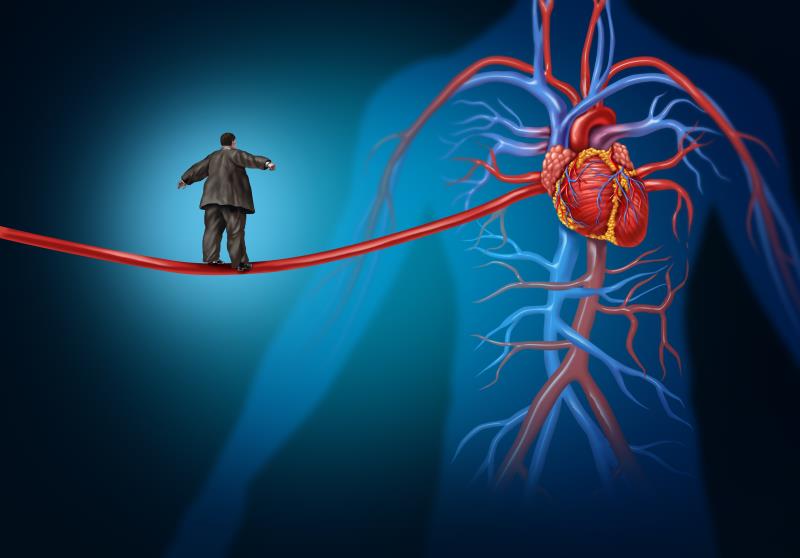 Individuals who are obese but without metabolic abnormalities (metabolically healthy obese [MHO]) have an elevated risk of developing MACE-HF*, new-onset heart failure (HF), and new-onset atrial fibrillation (AF), according to a French study presented at EASD 2021.

“By contrast, they have a higher risk of new-onset HF and new-onset AF. Even individuals who are non-obese can have metabolic abnormalities and be at high risk of CV disease events,” he pointed out.

Using the French national hospitalization discharge database, the researchers identified adults discharged from French hospitals in 2013 (n=2,953,816). To be included, patients needed to have ≥5 years of complete follow-up, not have a history of MACE-HF, and not be underweight or malnourished. Of these, 9.5 percent (n=272,838) were obese, of whom 32.8 percent (n=89,414) were metabolically healthy. They were categorized according to obesity and the presence of three metabolic abnormalities (hypertension, hyperlipidaemia, and diabetes mellitus) and were followed up for a mean 4.9 years.

“Metabolic abnormalities such as hypertension, dyslipidaemia, and diabetes mellitus are commonly associated with obesity and may mediate some of its deleterious effects,” said Fauchier.

“This new and best available evidence tells us that on a population level, the idea that large numbers of people can be obese but metabolically healthy is simply untrue,” he highlighted.

The authors noted several limitations with the study including the observational design, largely Caucasian population, and relatively short follow-up period.

“[All-in-all,] encouraging weight loss in people with obesity, regardless of whether or not they are metabolically healthy, will help prevent AF and HF. Our findings also highlight the importance of preventing poor metabolic health and suggest that even normal weight individuals may benefit from early behavioural and medical management to improve their diet and increase physical activity in order to guard against stroke,” he concluded.