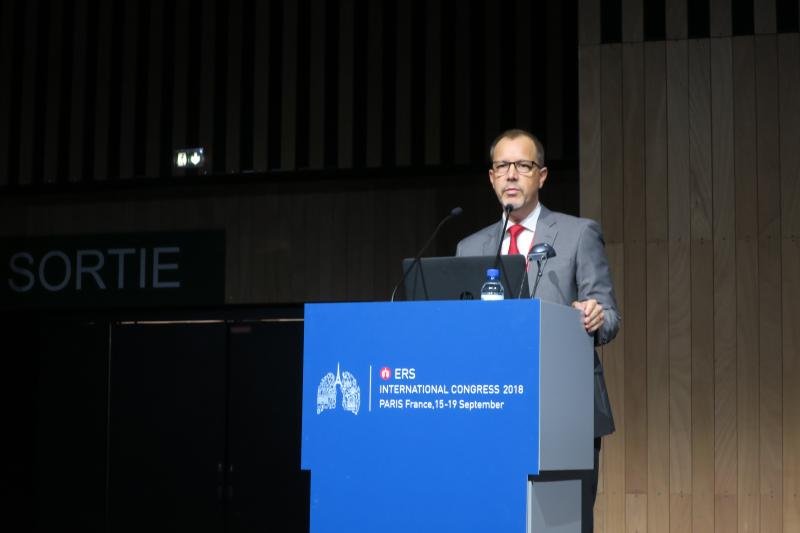 The open-label, single-arm, phase IIIb study is an extension of the 52-week COSMOS follow-up study of patients treated in mepolizumab phase III trials (ie, MENSA and SIRIUS). In COSMEX, 339 patients from COSMOS with demonstrated clinical benefit from mepolizumab treatment were continued on mepolizumab (100 mg subcutaneously every 4 weeks) for up to 172 weeks as add-on therapy to standard of care. [Albers F, et al, ERS 2018, abstract OA3566]

Safety of long-term mepolizumab treatment, another primary endpoint of COSMEX, was similar to the safety profile of mepolizumab previously reported in shorter-term clinical trials, with no new signals identified.

“COSMEX included patients with the most severe form of SEA. Those with life-threatening asthma had ≥1 intubation during their lifetime, ≥1 hospitalization for asthma exacerbation in the 12 months prior to MENSA or SIRIUS screening, ≥3 exacerbations in the 12 months prior to MENSA screening, or an optimized OCS dose of ≥10 mg at SIRIUS randomization. Those with seriously debilitating asthma had a percent predicted forced expiratory volume in 1 second [FEV1] of ≤50 percent and either an Asthma Control Questionnaire-5 [ACQ-5] score of ≥3 or St. George’s Respiratory Questionnaire [SGRQ] score of ≥60 at MENSA or SIRIUS randomization,” noted Albers. “Their asthma was life-threatening or seriously debilitating despite having received inhaled corticosteroid controller medication for the previous 8 months.”

Asthma control, assessed by ACQ-5, showed continued improvement in the 254 patients who continued mepolizumab therapy with a ≤12-week interval between COSMOS and COSMEX. In the 85 patients with interrupted treatment (ie, >12-week interval between COSMOS and COSMEX), ACQ-5 score demonstrated an improvement following resumption of mepolizumab therapy, which was maintained throughout the duration of COSMEX. Similar results were shown for blood eosinophil counts and pre-bronchodilator FEV1.

“Results of COSMEX confirm the stable and durable response of mepolizumab, as observed in previous clinical trials, for up to 4.5 years, supporting its use as a long-term treatment option for patients with SEA,” Albers concluded.