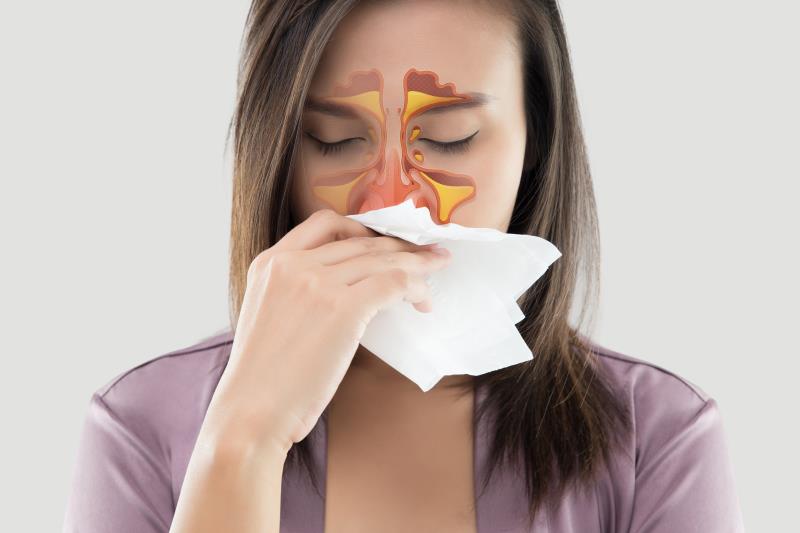 “However, nasal surgery might induce mucosal damage and scarring, and is associated with high recurrence rates,” they continued, while noting that long-term systemic steroid use is associated with adverse effects. “Therefore, there is a high medical need for novel therapies that improve symptoms and quality of life of patients with CRSwNP and reduce the need for oral corticosteroids and surgery.”

The large, multinational, double-blind, phase III study enrolled 414 patients (mean age 49 years) with recurrent, refractory, severe CRSwNP, despite continuous medical treatment and at least one nasal surgery within the previous 10 years, who were eligible to undergo a repeat nasal surgery. They were randomized 1:1 to receive subcutaneous mepolizumab 100 mg or placebo Q4W for 52 weeks, in addition to standard care. [Lancet Respir Med 2021;9:1141-1153]

“The patient population in SYNAPSE reflects a population who are candidates for biological treatment,” the researchers explained. All patients had prior nasal surgery in the past decade, which implies that their condition was refractory to both medical and surgical treatment.

The coprimary endpoint of nasal obstruction as assessed by visual analogue score (VAS) score was also significantly improved in the mepolizumab vs the placebo arm (adjusted difference in medians, –3.14; p<0.0001).

“Treatment effects were seen at 4 weeks after the first dose and were sustained until week 52,” the researchers pointed out.

There were no new safety signals observed with mepolizumab add-on. Adverse events (AEs) that were considered to be treatment-related occurred 15 percent of patients in the mepolizumab group compared with 9 percent in the placebo group. On-treatment serious adverse events were reported in 6 percent of patients in each treatment group, and none were considered to be treatment-related among those receiving mepolizumab.

“These findings suggest that mepolizumab provides an effective add-on treatment option to standard of care in this population,” the researchers stated.

Although the difference in outcomes was statistically significant between treatment groups, Brusselle and Gevaert questioned whether this equates to clinical relevance. Given that ≥1-point improvement in nasal polyp score was achieved in only half of the patients treated with mepolizumab, they raised that there is a “need for predictors of response to mepolizumab” in these patients.

“Subgroup analyses of the SYNAPSE study suggest that the efficacy of mepolizumab is higher with higher baseline blood eosinophil count,” noted Brusselle and Gevaert.

“A thorough investigation of previously resected nasal polyp tissue to check for eosinophilic inflammation and IL-5 amounts might help to target mepolizumab treatment to those patients who will benefit the most,” they suggested.