Men vs women: How the brains are wired differently 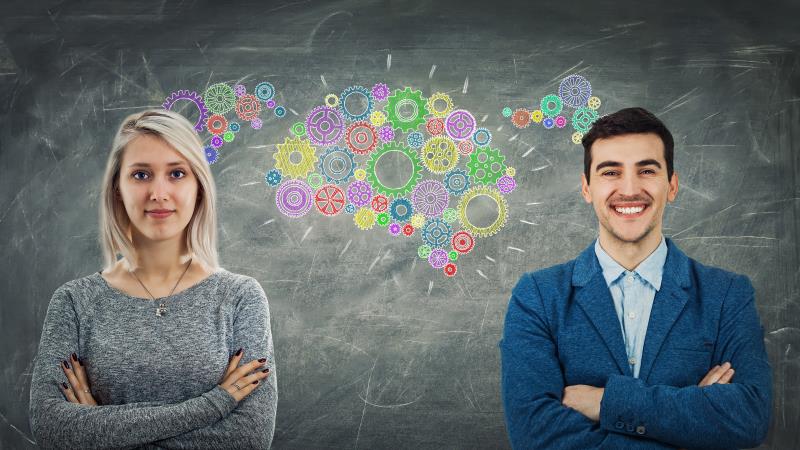 Sex-specific differences in the way brain regions are connected may influence how tau propagates through the brain and thus, differences in the risk of Alzheimer’s disease between men and women; while participating in the workforce may help stave cognitive decline in women, suggest studies presented at AAIC 2019.

A long-held belief as to why dementia disproportionately affects women is that women generally live longer than men; but that may be only part of the story. Emerging evidence suggests that there may be underlying biological differences between the two sexes that may contribute to the differential risk.

Among the four groups, the architecture of tau connectivity in women with MCI stood out as having the highest network density (0.38 vs 0.02 in men with MCI, and 0.11 and 0.12 in cognitively normal men and women, respectively).

Brain-wide tau burden was also greater among women with MCI compared with the other three groups.

Compared with cognitively normal men, healthy women showed higher network density and lower modularity. In particular, women had several key brain regions — insular, parahippocampus, superior parietal, and superior temporal — that served as hubs connecting different brain regions within the network. This, according to the researchers, may facilitate an accelerated spread of tau through the brain in women, leading to cognitive decline.

“The differences that we observed indicate the strong possibility that there are sex differences in the structural and functional connections in the brain, which may contribute to women’s increased risk for Alzheimer’s,” said lead investigator Dr Sepideh Shokouhi from Vanderbilt University Medical Center in Nashville, Tennessee, US.

“Tau networks in women indicate highly interconnected regions and less modularity than men, which may confer particular vulnerability of women to brain-wide tau propagation,” he highlighted. “This study has implications for the possibility of creating sex-specific risk reduction strategies and preventive interventions.”

In a separate study, women who were employed during early adulthood and middle age had a slower decline in memory later in life compared with women who were never employed, regardless of marital status. [AAIC 2019, abstract O3-07-06]

The analysis included 6,386 women (mean age 55.2 years) enrolled in the Health and Retirement Study who reported their marital, parenthood, and employment status between age 16–50 years. After age 50, they were assessed on memory performance every 2 years using the Informant Questionnaire for Cognitive Decline or immediate and delayed word list recall.

Memory declined at the fastest rate among women who were never employed and the slowest among those who had been employed, regardless of parenthood status.

Compared with working mothers who were married, the memory score declined by 0.29 and 0.26 more standardized units in nonworking married mothers and nonworking single mothers, respectively between age 65–75 years.

“If causal, the current findings suggest that policies that help women with children to stay in the workforce could be an effective population-level strategy to prevent memory decline in women,” she added.

“[These studies] get us one step closer to answering that question by identifying specific biological and social reasons why Alzheimer’s is different in men and women,” commented Carrillo.