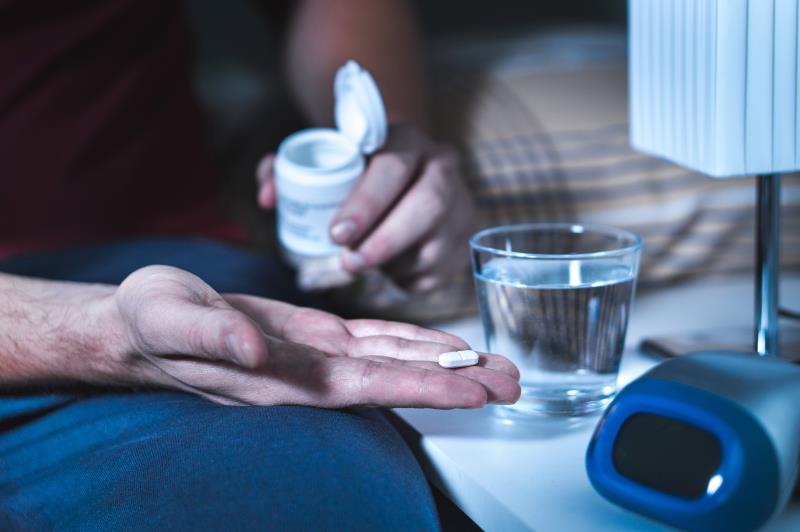 Intake of melatonin before bedtime does not appear to harm glucose metabolism and may even be beneficial given its positive effect on insulin sensitivity, according to the results of a meta-analysis.

The investigators acknowledged that the CIs were wide and stressed a need for larger studies to confirm the effect of melatonin treatment on fasting insulin levels, as well as on HbA1c levels and insulin sensitivity.

“Melatonin is a tryptophan-derived hormone, which serves as an endocrine signal for retinal light exposure in humans,” they said. “As [its] consumption of melatonin is rapidly increasing as a presumably safe sleep aid in both adults and children, it is important to clarify the effects of melatonin on glucose metabolism.” [Natl Health Stat Report 2015:79:1-16]

In terms of the improvements seen in fasting insulin levels and the trend toward improved insulin sensitivity, the investigators noted that while it could look like the benefit might have been mediated by a reduction in body mass index (BMI) after melatonin treatment, this suggestion was unlikely, because subgroup analysis of BMI in the five studies that measured insulin and HOMA-IR showed a negligible effect of melatonin on BMI (g, −0.04, 96 percent CI, −0.27 to 0.20).

The meta-analysis had several limitations. First, the included patient populations across studies differed with respect to the type of metabolic disease investigated, while the participants in three studies were healthy. Also, the dosage of melatonin used varied between 1 and 10 mg, with treatment periods ranging from 2 weeks to 1 year.

Despite the limitations and given the current evidence and literature available, the investigators believed that immediate-release melatonin is a glucose-metabolic safe sleeping aid.