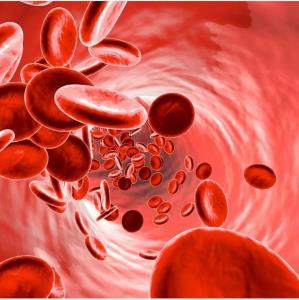 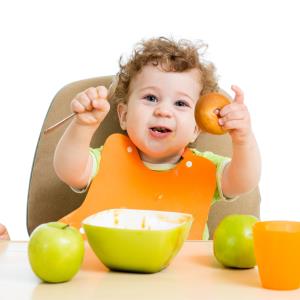 Chronic venous disease (CVD) is common in Singapore. It is defined as the morphological and functional abnormalities of the venous system manifested by symptoms and signs indicating the need for investigation and treatment. CVD manifesting with telangiectasia or spider veins is reported in up to 80 percent of the population while varicose veins (abnormal permanently dilated subcutaneous veins ≥3 mm in diameter in the upright position) has an incidence of 20-60 percent.

In Singapore, the prevalence of advanced symptomatic venous disease is relatively higher than in the West and can affect up to 15 percent of the population. The condition forms the backbone of vascular referrals in outpatient specialist clinics as the incidence is increasing, especially in the older population.

There is an increased preponderance in women and great saphenous vein (GSV) reflux is one of the most common abnormalities seen among patients.  GSV reflux occurs when multiple valves within the veins become incompetent.

The clearance of venous blood from the legs becomes inefficient, resulting in venous stasis. This gives rise to the classic symptoms of muscle aches, discomfort, swelling, heaviness, skin irritation, and night cramps. Initially, the symptoms may be mild, but the condition inevitably deteriorates over time and may result in complications such as venous eczema, lipodermatosclerosis, thrombophlebitis, leg oedema, and venous ulceration. Chronic venous insufficiency (CVI) is associated with a decreased quality of life (QoL).

Difficulties in management arise because in addition to being a medical condition with potentially serious long-term consequences, varicose veins are mistakenly considered as a cosmetic condition that receive low priority from family practitioners and patients alike, thus resulting in unwarranted delays in specialist referral and treatment, and potential complications.

The goal of the consultation is to differentiate varicose veins symptoms from other causes of leg aches and pains, for example, musculoskeletal. CVI is often not considered early when no varicose veins are seen.

To diagnose CVI, a complete medical history and physical exam are warranted.

Symptoms include aches, pains, restless legs, cramps, itchiness, throbbing, and swelling. The most consistent symptom is night cramps caused by venous blood pooling. If swelling is present, this typically gets worse at the end of the day.

Check for complications of CVD including lower leg eczema, induration, pigmentation, bleeding, thrombophlebitis, and venous ulceration, which are indications for vascular referral.

Ask about the possible causes of venous stasis or deep venous insufficiency, which most commonly occurs after a deep venous thrombosis (DVT) wherein the valves in the deep veins are destroyed. Ask about conditions associated with a ‘silent’ DVT such as long bone fractures, use of plaster of Paris, prolonged immobility, and major trauma like a road trauma accident.

The presence of underlying clotting or coagulation disorders is also relevant along with other co-existing medical conditions and medications (eg, warfarin). Women taking combined oral contraceptive pills or on hormone replacement therapy are at an increased risk of DVT after surgery. Look for osteoarthritis of the knee as minimal knee flexion-extension will not engage the large venous pumps in the calf and hence, venous stasis and swelling in the lower limb will likely persist even after superficial venous ablation.

Assess the degree of impairment of the varicose veins on patient’s quality of life and ability to work.

What to look for

Examine patient when standing and determine whether the varicose veins affect the GSV system (medial side of thigh and calf) or short saphenous distribution (mainly lateral calf and originating from popliteal fossa, but this is not consistent). Communicating veins between the two systems are common especially in the Asian population. There may be obvious varicosities along the course of other superficial truncal veins such as the anterior thigh and posterior thigh veins.

Determine the site of incompetence either using a tourniquet or a hand-held Doppler machine or both. Place the Doppler probe over a prominent vein and squeeze the calf muscle below it. A signal will be heard as blood is directed upwards through the vein. Release the squeeze and listen for blood flowing back down the vein. A signal longer than 1 second on release indicates incompetent venous valves. The point of the incompetence can be traced upwards to the groin or popliteal fossa.

Examine for signs of venous stasis such as oedema or lipodermatosclerosis particularly in the gaiter area of skin in the lower leg. The presence of thread veins, spider veins, or superficial telangiectasia may indicate underlying venous hypertension.

Thrombophlebitis is inflammation caused by thrombosis within the superficial veins. DVT may occur particularly if thrombus extends through the sapheno-femoral junction (SFJ) or the sapheno-popliteal (SPJ) junction. In such cases, urgent duplex assessment is indicated and treatment is required.

Examine the abdomen to exclude a pelvic mass that may impede venous return from the lower limb and may be the underlying cause of the varicose veins.

Palpate for the peripheral pulses. Lack of pulses may indicate an arterial origin for the pain and may preclude intervention because of the concern of wound healing. This may also preclude patients wearing compression hosiery or bandaging for venous ulceration.

The aims of treatment are to eliminate pathological superficial venous reflux in the truncal veins to reduce symptoms, avoid long-term complications of CVI such as progression of skin changes and ulceration and improve disease-related QoL.

Clinicians should provide reassurance, educate patients on suitable exercise, to elevate the legs, avoid prolong standing, and lose weight. Obesity is an important risk factor for lower limb venous disease and obese patients with CVI are more likely to be symptomatic. The clinical diagnosis, investigation, imaging and treatment of lower limb venous disease in obese people present some challenges. The evidence base underpinning medical, surgical and endovenous management of lower limb disease in these patients is limited and such treatment may be associated with worse outcomes and increased risks when compared with patients with a normal body mass index. Obese patients may consider bariatric surgery before dealing with their venous reflux.

In the primary care setting, conservative treatment includes use of compression stockings (grade II compression) for mild symptoms and cosmetic concerns. Patients can be prescribed micronized purified flavonoid fraction or Daflonä, which contains 90% diosmin and 10% other flavonoids expressed as hesperidin, and expect improvement in their symptoms at 3 months of treatment, with improvement in venous tone.

Patients with significant lifestyle-limiting symptoms and CVI complications may require referral for further vascular intervention (Table 1), which consists of having an initial colour duplex ultrasound imaging. From a medico-legal viewpoint, a patient being considered for venous intervention should not undergo surgery without a prior varicose vein ultrasound scan of the leg. Even in the most experienced hands, clinical examination can be inaccurate. An ultrasound can map out exactly where the venous incompetence is situated. Accurately knowing the size, anatomy, and distribution of the incompetent veins can help guide the vascular surgeon on the best treatment modality and inform on whether the deep system is also incompetent or obstructed, which is a relative contraindication to treating the superficial trunks.

There has been a paradigm shift in the treatment of superficial venous insufficiency in recent years from standard surgical procedures of saphenofemoral ligation combined with saphenous vein stripping to the less invasive catheter-based treatment options. The approach aims to improve venous return by interrupting reverse flow through the incompetent GSV, enhancing perfusion and improving the vein wall integrity that makes up the nutritive microcirculatory system.

The current American Venous Forum/Society of Vascular Surgery and the UK National Institute for Health and Care Excellence (NICE) guidelines recommend endovenous thermal ablation (radiofrequency or laser) over surgical treatment of incompetent saphenous veins. This change has shifted varicose vein surgery from a hospital-based procedure to a less invasive day surgery practice and allows the patient to return to work earlier and engage in normal activities.

Most vascular surgeons use radiofrequency ablation (RFA) over laser as it has been shown to cause less pain peri-operatively. Non-thermal non-tumescent (NTNT) techniques (Figure 1), including “supergluing” the truncal veins with cyanoacrylate glue (VenaSeal™), have also been developed over the last few years with comparable short-term closure rates to endothermal ablation. The procedure only requires a small puncture, is less invasive and less painful, and can block longer lengths of truncal vein, which is an advantage in Asian patients, who normally have total GSV reflux and require saphenous vein ablation below the knee. There is also no risk of thermal damage to the saphenous nerve, which is quite close in proximity to the GSV below the knee. This technique has become popular with local vascular surgeons as it can be done under local anaesthetic and is particularly attractive to patients. So far, I have performed over 70 cases and the initial closure rate is 100 percent, with a high patient satisfaction rate. Patients do not need to wear stockings post-operatively, which is an advantage.

Figure 1: Current non-thermal non-tumescent endovenous devices for varicose vein ablation, VenaSealTM or superglue (A) and ClariVeinTM or MOCA* (B) and how the catheters look under ultrasound imaging (C and D), respectively.

Mechano-chemical ablation (ClariVein™) is another novel NTNT endovenous ablation device to treat varicose veins. The technology involves passing a long thin catheter with a rotating tip into the vein and requires only one tiny entry point to the skin. No tumescent anaesthesia is required, it takes only 30 minutes for the procedure to complete, with little or no discomfort to the patient. It works on a dual process mechanism with mechanical abrasion to the vein wall along with liquid sclerotherapy injection to cause vein wall fibrosis. Patients describe a vibration along the thigh during the application but the process remains perfectly acceptable and provides excellent mid-term closure rates (Figure 2).

Patient information leaflets translated into local languages are available and patients have benefited from this resource prior to deciding the device they wish to use.

Open surgery (high tie, stripping and multiple avulsions) is usually reserved for large tortuous GSV (>12-15 mm diameter) and when there are financial constraints to the patient.

Ultrasound-guided foam sclerotherapy is another method under evaluation and may provide a non-operative alternative particularly in high-risk patients, including the elderly. It can particularly aid healing of venous ulcers and is useful in recurrent varicose veins. It can be applied under local anaesthetic and is relatively cheaper, but the re-opening rate of truncal veins is higher.

CVI and varicose veins have a high prevalence rate, with the incidence rate also increasing in Singapore. Patients often present late with complications, which result in significant healthcare cost and lost days at work. Minimally invasive endothermal treatments have replaced surgical ligation and stripping and are now considered the standard of care for managing CVI and varicose veins. Newer and less invasive techniques have emerged in the past few years with less procedural discomfort associated with thermal-based procedures and can offer a better patient experience intra-operatively.

Specialist vascular services are in a position to: